Discuss about the latest news & interesting topics, real life experience or other out of topic discussions with locals & expatriates in Singapore.
Post Reply
46 posts 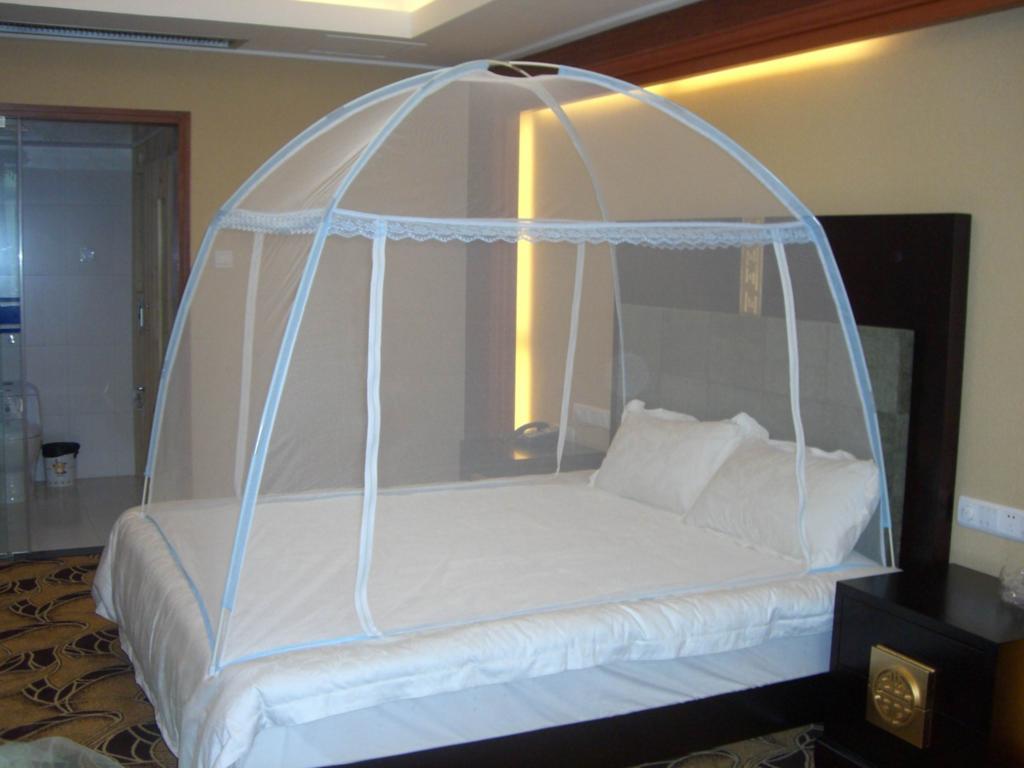 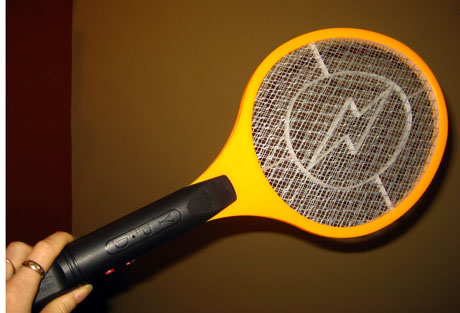 Last time I checked it was oscillating around 300 cases and it was bad enough. It peaked to 400 cases last week. Shock.
http://www.dengue.gov.sg/

We live in Tampines and this place is supposedly now the dengue hotspot. We have recieved pamphlets at our door telling us to be careful and our other Indian friends have also warned us and told us to be careful.

We come from India, and I really have no clue how to look at this. In India, there are so many mosquitoes that in a day easily one can get 4-5 bites and nobody gives a damn. Here in this clean and beautiful Singapore, I dont even remember the last time I saw a mosquito.

Its really hard to take this dengue seriously for us, coming from India that is.
Top

I'm not even sure what to look for. The govt mail out was very vague. We have dodgy soon the be resolved drainage on the ac ledges on the second and third floors that we've thrown BTI ( I think that is what they are called) bricks in and we have Bayogan things in every bedroom.

But the symptoms on the whole seem to be vague, it sounds flu or virussy. What do you do, just tip up at the hospital anyway?
Top

Knock on unpainted wood....I've never had it...but they say it's like flu but few orders of magnitude "better" feeling like all your bones being broken.
Whether you can see the mosquitoes or not is a weird thing: I could have spotted them easily back in Europe, same in India as a matter of fact but I just can not for some reason here, like they have some different behavior or flying patterns. I am the lucky one - they don't like me, but my wife and my kid are the mosquitoes magnets so first they got bitten and only after if lucky I can spot the bastard and spray it down. We have the baygon vaporizers on on/off bases but even 24/7 on the said two magnets could be bitten. WD40, maybe you are just like me and the local mozzies don't like you.
Top

i don't get bitten but I eat marmite. If you eat (drink, beer?) things with a high yeast content then they avoid you. Allegedly.
Top

Not really. Dengue can kill. It'll make you wish you were dead if you are a reasonably strong adult, but children have a rough go of it and a lot don't make it. Supposedly, it'll make gout or a impacted wisdom tooth feel like a good time. It's comes in varying strengths and currently there are 3 varieties in the wild here in Singapore at the moment.
SOME PEOPLE TRY TO TURN BACK THEIR ODOMETERS. NOT ME. I WANT PEOPLE TO KNOW WHY I LOOK THIS WAY. I'VE TRAVELED A LONG WAY, AND SOME OF THE ROADS WEREN'T PAVED. ~ Will Rogers
Top

Much stronger. It also may have the severe hemorrhagic form so probably similar to ebola virus.
Maybe Saint will show up later in this thread. He got it I believe 1-2y ago.
Top

Yep, he certainly did. As did my Brother in Law and a British soon to be Australian couple who used to live here. They both got it at the same time, the husband came rather too close for comfort to not making it. Apparently Hemorrhagic Dengue Fever causes an extreme drop in the white cell count.

And the fact that it is normally spread by the Aedes mozzie explains why you normally don't see 'em as it a rather small camouflaged mosquito without the heavy bzzzzzz of the much larger Culex mozzie.

Schematic depiction of the symptoms of dengue fever
Typically, people infected with dengue virus are asymptomatic (80%) or only have mild symptoms such as an uncomplicated fever.[1][2][3] Others have more severe illness (5%), and in a small proportion it is life-threatening.[1][3] The incubation period (time between exposure and onset of symptoms) ranges from 3ââ‚¬“14 days, but most often it is 4ââ‚¬“7 days.[4] Therefore, travelers returning from endemic areas are unlikely to have dengue if fever or other symptoms start more than 14 days after arriving home.[5] Children often experience symptoms similar to those of the common cold and gastroenteritis (vomiting and diarrhea)[6] and have a greater risk of severe complications,[5][7] though initial symptoms are generally mild but include high fever.[7]

Clinical course of dengue fever[8]
The characteristic symptoms of dengue are sudden-onset fever, headache (typically located behind the eyes), muscle and joint pains, and a rash. The alternative name for dengue, "breakbone fever", comes from the associated muscle and joint pains.[1][9] The course of infection is divided into three phases: febrile, critical, and recovery.[8]
The febrile phase involves high fever, potentially over 40 Ã‚°C (104 Ã‚°F), and is associated with generalized pain and a headache; this usually lasts two to seven days.[8][9] Vomiting may also occur.[7] A rash occurs in 50ââ‚¬“80% of those with symptoms[9][10] in the first or second day of symptoms as flushed skin, or later in the course of illness (days 4ââ‚¬“7), as a measles-like rash.[10][11] Some petechiae (small red spots that do not disappear when the skin is pressed, which are caused by broken capillaries) can appear at this point,[8] as may some mild bleeding from the mucous membranes of the mouth and nose.[5][9] The fever itself is classically biphasic in nature, breaking and then returning for one or two days, although there is wide variation in how often this pattern actually happens.[11][12]
In some people, the disease proceeds to a critical phase around the time fever resolves[7] and typically lasts one to two days.[8] During this phase there may be significant fluid accumulation in the chest and abdominal cavity due to increased capillary permeability and leakage. This leads to depletion of fluid from the circulation and decreased blood supply to vital organs.[8] During this phase, organ dysfunction and severe bleeding, typically from the gastrointestinal tract, may occur.[5][8] Shock (dengue shock syndrome) and hemorrhage (dengue hemorrhagic fever) occur in less than 5% of all cases of dengue,[5] however those who have previously been infected with other serotypes of dengue virus ("secondary infection") are at an increased risk.[5][13] This critical phase, while rare, occurs relatively more commonly in children and young adults.[7]
The recovery phase occurs next, with resorption of the leaked fluid into the bloodstream.[8] This usually lasts two to three days.[5] The improvement is often striking, and can be accompanied with severe itching and a slow heart rate.[5][8] Another rash may occur with either a maculopapular or a vasculitic appearance, which is followed by peeling of the skin.[7] During this stage, a fluid overload state may occur; if it affects the brain, it may cause a reduced level of consciousness or seizures.[5] A feeling of fatigue may last for weeks in adults.[7]
Associated problems
Dengue can occasionally affect several other body systems,[8] either in isolation or along with the classic dengue symptoms.[6] A decreased level of consciousness occurs in 0.5ââ‚¬“6% of severe cases, which is attributable either to infection of the brain by the virus or indirectly as a result of impairment of vital organs, for example, the liver.[6][12]
Other neurological disorders have been reported in the context of dengue, such as transverse myelitis and Guillain-BarrÃƒ© syndrome.[6] Infection of the heart and acute liver failure are among the rarer complications.[5][8]

Hannieroo wrote: i don't get bitten but I eat marmite. If you eat (drink, beer?) things with a high yeast content then they avoid you. Allegedly.

Beer has never worked for me and I've spent years testing that theory. The marmite one is interesting though.
Top

Actually beer should work the other way around as it is a carbonated drink and the way mosquito find you is by carbon dioxide (and lactic acid).
Top

Thank you, SMS, that helps a lot.

Brewer's yeast tablets would work too, I think. They can smell it apparently.
Top

Word to the wise. Don't trust word of mouth/old wives tales of remedies or potions.

http://www.telegraph.co.uk/travel/72127 ... -dust.html
SOME PEOPLE TRY TO TURN BACK THEIR ODOMETERS. NOT ME. I WANT PEOPLE TO KNOW WHY I LOOK THIS WAY. I'VE TRAVELED A LONG WAY, AND SOME OF THE ROADS WEREN'T PAVED. ~ Will Rogers
Top

Good job I actually like Marmite or that would be upsetting.

I must just be naturally repellant. That's not a first.
Top
Post Reply
46 posts