evishalarora wrote:my answer to x9200, what's wrong to comment over a race. I think it might be a very sensitive matter for others. It hurts, when I see posts for property saying No indians please. May be you had a bad experience, but you can't blame full community for that. I am myself is not a south Indian, so dont eat on those banana leaves myself (thats not my tradition), but still respect that and was fighting for it for so long. The only regret is nobody understood my concern.

Me? I have no bad experience with Indians to justify any racist behavior but comparing the example you gave here with what what SMS wrote earlier clearly shows this is you who don't understand. People may be oversensitive to some subjects, like yourself (or so it appears) but it does not mean that just because of this everybody else should just shut up. This kind of oversensitivity makes majority of time much more damage then the comments it targets.
Top

Thats why I also said sorry if I misunderstood things or over understood. I dont have any problems with that, But my concern was still to get a decent reply to make me understand I overunderstood like you did x9200.

evishalarora wrote:
Thanks and I onsider this to be last post on this topic.

Again, I hate to be the one to tell you this, but you do not nor can not control the forum and who posts on this thread or any other for that matter. Better get used to it.

@evishalarora, what is it exactly you do not understand?
Top

X9 he's already said he's off and not coming back to this thread man...


(so now we can post some funny pictures as no one will get offended... ) 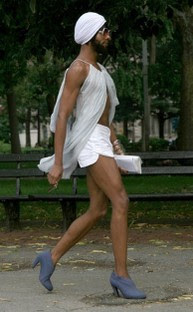 Yeah, but I would really like to help. It looks like a basic and painfully common case of misunderstanding what racism is.
Top

You know, that's been a recurring theme of mine here. Most people do not understand what racism actually is. We have silly discussions on dating outside of one's race and for those who say they wouldn't, have been accused of racism as well. Most have a mindset, based of a fallacy of what they think racism should be (in their tiny minds) and not what really constitutes racism.

Our departed friend, who is probably still logged on and currently frothing at the mouth in indignation, sounds like an immature schoolboy with a long CYN Holiday to me.

And paradoxically the oversensitivity for such comments is often more racist than the comments themselves. In many cases what lays underneath is some kind of nationalism, a belief in superiority of ones nation, etnhic group etc. so how ppl dare to say anything (what may appear) bad.
Top

Pots that are too big, won't fit dishwasher,
Pots that are small, use hand.
"Hygiene is Everyone's Responsibility"
Top

x9200 wrote:And paradoxically the oversensitivity for such comments is often more racist than the comments themselves. In many cases what lays underneath is some kind of nationalism, a belief in superiority of ones nation, etnhic group etc. so how ppl dare to say anything (what may appear) bad.

I agree with you whole heartedly. I had a discussion with another poster recently who was claiming that all cultures were equally as valuables, and perceived cultural problems, were simply differences rather than 'worse'. That is so achingly PC and of course unsupportable, which is probably why they declined point blank to enter the debate.

A cry of 'that's racist!' is often a weak and hackneyed attempt to simply shut a conversation down that the accuser does not like.
Top

Sure not the stunt to try to pull on me. I was brought up in the US during the days of Segregation -->Integration during the 50's & 60"'s. I was present at the first "race" riot in the United States. That, incited by H Rap Brown, in Cambridge Maryland back in 1964. (I lived about 20 km (16 miles) away from Cambridge. I graduated from the last "all white class" from my high school. I watched them try to burn down Washington DC in the '70's during the "long, hot summer" I was sent to Mobile while in the service when Martin Luther King was shot. I remember separate toilets for the "coloreds" and them having to ride in the back of the buses and not being allowed into most bars (they had their own).

And today, 45 years later I'm married to a Tamil and have been so for the last 27 years. I am affected by the racial housing policies of the Singapore Government (HDB) as I cannot buy where I want regardless of how much money I might have, but only where they will allow an Indian to live. (they are only allocated 7 flats out of every 100 unit in a block of flats all because of their race).

I overcame my upbringing and social background and railed against racism, so dog help the guy to tries to call me a racist, cause he's done bit off'n more that he can chew!

sundaymorningstaple wrote: And today, 45 years later I'm married to a Tamil and have been so for the last 27 years. I am affected by the racial housing policies of the Singapore Government (HDB) as I cannot buy where I want regardless of how much money I might have, but only where they will allow an Indian to live. (they are only allocated 7 flats out of every 100 unit in a block of flats all because of their race).


On the bright side, you do get to buy your flat at a lower price.... right?
lesser "cash over valuation" and price of flat...

Where do you get an idea like that? Minorities get no additional benefits/grants than the majority Chinese get. You might need to do some research.

I got it at a good price because I bought it when the property market crashed at the end of the '97-'98 Asian financial meltdown. Didn't matter who you were at that time.

IF you could find a place for sale that could be bought if you were a minority. You had to buy where you could and not where you wanted (unless you got extremely lucky), even though there were plenty of places for sale where we wanted, but only if we were Chinese.

Regardless of the reasons why, the policy is still government sanctioned racism as it is law that you are limited where you are allowed to live because of your race. I don't expect you, as a Chinese Singaporean, to understand the concept of racism. Usually the majority race doesn't have a clue because they've never been a minority or suffered because of being one. I know. I was the majority race in my own country as noted earlier. I've been a 2% minority for the past 29 years. I've lived on both sides of the fence for over half my life on each side. I've walked the proverbial mile, have you?
Top

Well, if you speak to housing agents, they would tell you that the minority flats are cheaper than the majority kind... not my imagination.

The HDB, had to do the % thing with the different races according to the total population, so that there would be no "race" enclave, in the public housing.

I had some brushes with racism, but not severe types. My dad used to tell me when he was studying in Down Under, that he used to be called funny names...

Anyway, i do not support nor condone racism.

Users browsing this forum: No registered users and 10 guests