Comestic and Plastic surgery in Taiwan

need some opinions here. Do you think kim tae hee's nose is nice?

or is this japanese actress's nose better?

They have similar face shape i think..
Top

yup, her nose is nice. It fits her face really well.

need some opinions here. Do you think kim tae hee's nose is nice?

or is this japanese actress's nose better?

They have similar face shape i think..

rhinose wrote:Guys do you think stars like takashi or Elva hsiao did their eyes and nose?

They really look better as they age..


Hi, yes, i do feel Elva did her eyes recently. I saw her on TV n she looks different. I think she looks much nicer now with her newly done eyes, they kind of made her look a bit eurasian

And yes Takashi did his eyes too n i must say it suit him cos it makes him more good looking than previously when he started out with single eyelids.
Top

i wonder what did they ?

hey people,
i heard Dr kim from BK clinic will be in singapore this weekend, anyone going down for appointment?
Top

I had double eyelid revision and epicanthoplasty with Dr Jong last Friday.
Before the surgery, I was deciding between Dr Chuang (of wish clinic) and Dr Jong and I was leaning more towards Dr Chuang in the beginning.
I emailed both of them and Dr Chuang gave me very detailed answers while Dr Jong's replies are shorter but to the point.
One other reason was I had read a lot of positive reviews about Dr Chuang's works while there's very few on Dr Jong's.
What eventually made me decide on Dr Jong was a review on him by someone on the purseblog forum.
And I read here that someone had a nose job done by Dr Chuang and when she went back for a review and complained that her nose looks a bit crooked, Dr Chuang actually told her that nothing can be done!
So I took a gamble and decided on Dr Jong because during my emails with him, I felt that although his replies are short, I trust him and he has his own clinic (two in fact) while Dr Chuang works for wishclinic.
And I am glad that Dr Jong did not let me down...he's patient and his two nurses are absolute darlings. They held my hands and said comforting words to me during the surgery.
The whole procedure took about 2 hours and after the surgery, I was out shopping...no groggy feeling but then it wasn't my first eyelid suregry so I may be more oblivious to the discomfort.
I had eyelid surgeries in Singapore, in Thailand and now in Taiwan and I have to say that I am most satisfied with the one done by Dr Jong.
One thing I have to mention is that Dr Jong is a huge believer of natural looking results. In fact he didn't think I need epicanthoplasty but I insisted.
He keeps telling me that a double eyelid revision is enough but epicanthoplasty will 加分 (in his words).
Since I am already there, I decided to just do everything. So in the end, we compromised and he made only a tiny cut which is shorter than his usual epicanthoplasty surgeries.
IMO, plastic surgery is meant to enhance your appearance and not to drastically change it.
After my nose implant with Dr Sukit (anoher huge believer of natural looking results) last year, many people remarked that I look better but can't pinpoint the exact reason...no one knew I had a nose implant until I tell them.
I don't want to look exceptionally beautiful but fake (think Dawn Yeo) or to look so different that people can't recognize me but that's just me.
The most important thing is that you have to be able to communicate effectively with your surgeon and to trust his opinions.
Dr Jong and his nurses are very personable and I felt safe in their hands...although I am not his only patient that day, he made me feel like I am.
In fact, I will go to Dr Jong next year again for my eyelash implants and maybe alar reduction.
Again Dr Jong said that I don't really need an alar reduction but that it will 加分 and that eyelash implants should only be considered after I'm happy with my double eyelids.
Most doctors will want you to have as many surgeries as possible as that will mean more income for them so I really appreciate Dr Jong's honesty.
My eyes had reduced swelling by a lot and it's all thanks to the Arnica montana cream that I'm using. This helps to reduce swelling and bruising and it's really good.
Top

gd to hear your happy story.. any chance of pics?

Hi Pinkyice
its great toknow u finally got the results u desire.. any website of this doctor?
what were ur previous eyelid surgeries? cutting or sticthing? why do u wanna go for revisions??
to a beautiful me~
Top

meili_wudi wrote:Hi Pinkyice
its great toknow u finally got the results u desire.. any website of this doctor?
what were ur previous eyelid surgeries? cutting or sticthing? why do u wanna go for revisions??

All my previous eyelid sugeries were done by the cutting method.
The surgeon in Singapore screwed up my eyes and he's from Mount Elizabeth Hospital no less...pfft...
And he blamed my eyes for the unsatisfactory results.
For the Thai surgeon, there was a communication barrier as he doesn't understand English well enough.
Dr Jong made sure I understand what he's going to do to my eyelids before he proceeded with the surgery.
Top

thats such a relief to know as i jus did the cutting method, althought still too early to tell but i am quite certain i'm gonna go for a revision.
Do you know if my tapered lids now, can i have parallel after revision?

anyway, may i know how much was ur double eyelid revision and epicanthoplasty surgery in total? thanks.
to a beautiful me~
Top

give it some time la, always hear people say 'i think i need revision' when they're not even 6 months post op... 6 months from now your eyelids are going to look VERY different. for most people it takes up to a year for the 'final' result.. unless your healing very fast.

yea if you have tapered lids now, it's possible to do revision to get parallel
Top

Ditto.
Dr Jong told me that my eyelids will need at least 6 months to stabilize.
Top

thanks all for the reply.

I love kim tae hee's looks too, she has got a high nose but still can look so sweet.. omg!!
I'm still looking for noses that will fit my face.

hey guys anyone know about the nasion? 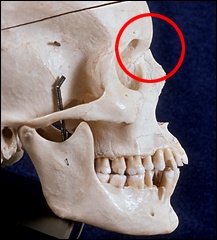 never hear anyone talked about this before.

Apparently its important especially from side profile..

Users browsing this forum: No registered users and 9 guests