The Best Beaches in Singapore

The Best Beaches in Singapore 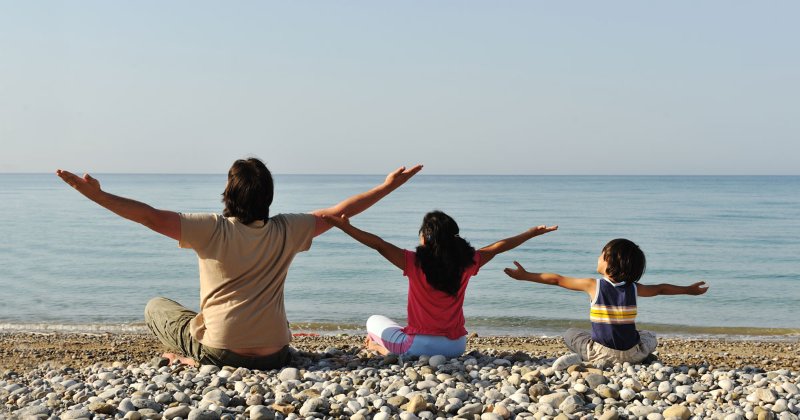 When one thinks of a relaxing beach vacation in a tropical climate, Bali, Da Nang or Boracay are destinations that instantly spring to mind. Seldom would anyone pick Singapore as the ideal beach destination, and those who do are likely to change their minds upon arriving.

It’s not so much that the beaches are dirty (they’re actually pretty clean considering the volume of visitors), or that there aren’t enough beaches to go around (we have six beaches on mainland Singapore, and we also own one island with an island with an island, but more on that later), but rather that we know an important aspect of any respectable beach holiday is that glorious feeling of respite, being able to get away from everything and everyone. Here, where you’re scarce minutes away from the frenetic city, there are precious few opportunities to do so. What the beaches in Singapore provide, are chiefly a pleasant way to while away an afternoon or two, and the opportunity to appreciate nature and interact with wildlife.

For a cultural experience: Sembawang Beach

One of the two natural beaches in Singapore, Sembawang Beach is also known for its close proximity to the Sembawang jetty and shipyard, the latter of which holds deep historical significance. In 1923, the construction of the largest naval dockyard outside of Britain began. Singapore had been chosen as a good location for this dockyard, due to her strategic location at the tip of Malay Archipelago as well as the general high volume of traffic that took place at her port, which oversaw thousands of dollars in trade each year. The Second World War and the impending Japanese invasion led to the closing of this dockyard, but till today, a trip to Sembawang Beach would turn out a wealth of historical landmarks and war memorials along the way. The beach itself is a popular haunt for anglers, and is also one of the two natural beaches in Singapore.

This beach is the most popular among mainland beaches, and it’s easy to understand why. From exciting sports such as laser tag to chic cafes and renowned seafood restaurants, spending a day at the beach here may not even necessarily involve spending any time on the sand. Families and friends turn up in droves on weekends for barbecue parties, and joggers and cyclists abound. If you visit East Coast Park, you will be one of approximately seven million annual visitors to this much-loved park.

One of the more tranquil beaches with a rich biodiversity, Pasir Ris Beach is connected to a mangrove forest and provides plenty of opportunities for visitors to spot wildlife such as crabs, mudskippers and even monitor lizards. The adjacent Pasir Ris Park is home to numerous bird species, and you can spend many happy hours birdwatching from the three-storey viewing tower at the park. If you have children, no trip to Pasir Ris Beach would be complete without venturing to the western end of the Pasir Ris Park where one of the largest playgrounds in Singapore awaits. Horse riding lessons are also available at this park for both adults and children.

We might be cheating a little by adding Palawan to this list, as it’s not actually located on the mainland like the others, but on Sentosa island. This beach was created artificially through land reclamation like most of the other beaches on the mainland, though the only hint to said artificiality may be the utter softness of its shimmery white sand and the clear blue water. However, the most bewitching views from any beach can only be found on Palawan Island, a little islet that’s reachable from Palawan Beach. Resting in the shade on Palawan Island with a good book in hand, it’s hard to remember you’re in Singapore when you look back at Sentosa's brilliant façade set in a glittering turquoise sea.

My personal favorite is Palawan beach, so much quieter than Siloso. Been some time since I’ve last visited though, hope to have a beach day sometime soon.
Top

I’ve always preferred Tanjong beach compared to the others in Sentosa. It always seems a little more private and less crowded, maybe because it’s harder to get to being right at the end.

The other one I like is Changi Beach, for the same reasons… Changi Village is just steps away and has some good eats as well.

Sembawang Park is just so-so, I often go there after leisurely stroll around the US military barracks.

Pasir Ris Park is one of my favorite parks on the island, better than East Coast Park in some ways.
It’s not what happens to you, but how you react to it that matters ~ Epictetus
Top

Have you been to Tanjong Beach Club?
Top

In my younger days… yes, and at least one good story to tell, but not on this forum

It’s not what happens to you, but how you react to it that matters ~ Epictetus
Top

Hahaha, can infer what kind of story you’re referring to!
Top

Lisa sounds like she is still IN her younger days! You go girl!
Life isn't about avoiding the bruises. It's about collecting the scars to prove we showed up for it!
Top

Tanjong, palawan are my goto beach too, get better beach vibes there than ecb.

But gotta book nowadays if heading there on weekends.
Top

That’s the one thing that’s stopped me recently, to me, beach days are supposed to be spontaneous, having to book and plan seems like too much of a hassle, but what needs to be done needs to be done.
Top
Post Reply
10 posts • Page 1 of 1