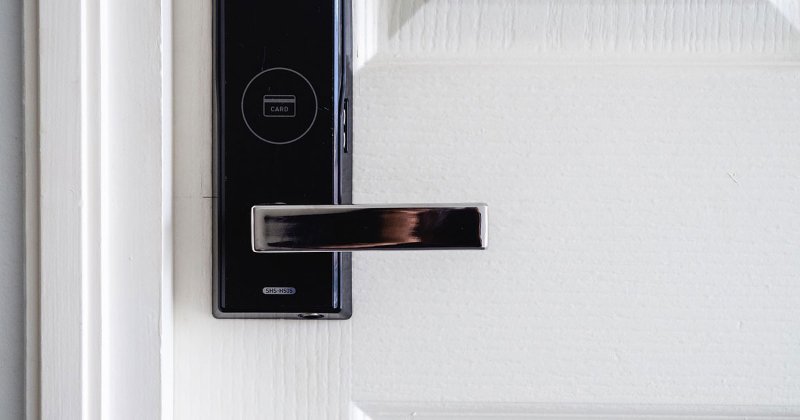 No longer content to limit themselves to a padlocked gate and a bolted door, some people are going digital when it comes to home security. Some engage a security agency to set up and monitor their home security system, while others prefer to set up their own digital security devices, such as smart locks, door sensors, security cameras, and motion detectors.

Setting up a home security system may seem like a hassle at first. Not only do some devices need to be installed by professionals, some of these devices may also need to be monitored, armed or disarmed on a regular basis. Those who have engaged an external security agency may find themselves having to explain false alarms and deal with additional privacy concerns. Even so, digital home security continues to appeal to those who are willing to accept these trade-offs.

Some of the most popular digital home security devices include the following:

Security cameras
Security cameras, the most commonly installed security device, are usually installed outside of offices, shops, and homes, to deter would-be thieves and other criminals. Not only does this measure help to protect the property, the presence of a security camera also helps to protect neighbouring properties in the same way dashcam cameras can help to prevent other cars parked in the area from being stolen. However, as security cameras installed in the common corridor need prior approval from the Housing Development Board, some homeowners prefer to install cameras inside their own homes. These cameras may not be able to act as a deterrent since they are less visible, but are able to provide visual evidence of wrongdoing if or when the house is broken into.

Motion sensors
Sensors that are set up to alert homeowners whenever motion is detected near the home’s windows and doors also help to deter criminals. These motion sensors are usually connected to lights and cameras so that anyone approaching the house will be able to be clearly seen and have their features caught on camera. In some cases, lights triggered by motion sensors may be enough to chase off potential criminals as these will catch the attention of homeowners and even passers-by, thereby limiting their ability to make a successful getaway.

Door and window sensors
With sensor technology, homeowners or the security team hired to monitor the property will receive alerts whenever a door or window in the property has been opened or closed. For homeowners who would like to find out what time their children reach home, or who would like to be alerted of attempted break-ins while they’re away on holiday, such technology can provide notifications of such activity. In some cases, homeowners also receive reminders whenever they have left a door or window open, thereby eliminating any unnecessary worry or paranoia about leaving the house unlocked by mistake.

Smart locks and scanners
With the help of an app or a virtual assistant like Siri or Alexa, homeowners are able to lock their home remotely, and enjoy a greater ease of mind in knowing that they can easily remedy the problem whenever they forget to lock the house or lose their keys. In some setups, smart locks work in tandem with security cameras and sensor technology. With all three engaged, homeowners can easily identify visitors to their home and unlock or lock the doors for them even when they’re not at home. Fingerprint and iris scanners can provide an additional level of security, allowing homeowners to make it doubly troublesome for intruders to gain entry into the house.

Re: Advantages of Digital Home Security