Discuss about where to live, renting a property, tenancy issues, property trend and property investment in Singapore.
Post Reply
3 posts • Page 1 of 1 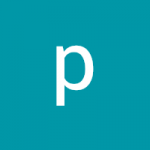 For the first few months in our current flat, we didn't have a neighbor. But they've returned, and since August has been harassing us. They would pace outside our front door, talking loudly on their phone badmouthing us-- they meant for us to hear it. Then forcefully banged close our window.

They would constantly do that-- surveillance outside our doors, while talking on the phone about us. A few more times of that and we've practically locked ourselves in the apartment.

They kicked on the plants we left outside (it's out of the way of the corridor so not an obstruction) which uprooted them.

And then just last week, they switched off our electricity multiple times: in the evening, past midnight, in the morning while we're working.

For each of those incidents we involved the police. And everytime we'd learn something new from them: that the previous tenants of our current flat (our landlord) had called the police countless times on the neighbor as well; that neighbor just came from IMH, as a result of a previous case filed against them. The other neighbors talked to us too: that the next-door neighbor did worse things in the past, including damage to our current flat; physical altercations with the person our problematic neighbor lives with; etc.

Police has ongoing investigations against our neighbor now. But as they can't prevent future incidents, we've also decided to move. It has affected our mental health negatively

we're always so jumpy whenever we hear our neighbor outside again, wary of how else it could escalate.

We also report those incidents to our landlord, and they've been unresponsive. They would respond about other issues, but not when it's about our neighbor.

The owner willingly put us in this position. He explicitly lied about the neighbors being nice when we asked about them. He ignored us when we were asking for help, and guidance. It has become tiring being pitted against the neighbor, without support from someone who has already gone through this. If they found the house uninhabitable, that's why they left in the first place... shouldn't that make this unit untenantable?

I'm just hoping to refund our security deposit even though it's only been 5 months into our 2-year contract. Would we have any chance?

TL;DR: landlord previously occupied the flat we're renting now, witnessed, if not fell victim to a very nasty neighbor. said neighbor's been sent to mental hospital before we came, and are now back a few months into our tenancy and has been harassing us too. we are moving out since it's a disruption to our daily lives and jobs, and negatively affecting our mental health. but we'd like our security deposit refunded. is this doable? thanks!
Top

Don't think much can be done and unlikely the tenancy agreement has such an exit clause. Best to talk to your agent to help you out of the situation.
The secret of life is honesty and fair dealing. If you can fake that, you've got it made. - Groucho Marx (1890-1977)
Top

Seek legal advice. The lease was sold to you on bad faith and misrepresentation. A solicitor may convince the LL to give back the deposit.
I not lawyer/teacher/CPA.
You've been arrested? Law Society of Singapore can provide referrals.
You want an International School job? School website or http://www.ISS.edu
Your rugrat needs a School? Avoid for profit schools
You need Tax advice? Ask a CPA
You ran away without doing NS? Shame on you!
Top
Post Reply
3 posts • Page 1 of 1