Anyone here has a good solution to introduce that provides videoconference and also potentially can enable the phone system in the long run.

Zoom seems to be good for a quick start but I am concern with the longer term integration of the phone system and other collaboration features falling short or requires more investment.

Was introduced to Wildix by friends from Europe - they seem to have a local partner and offering unlimited free license for half a year.

We are a small company, planning to go remote worker mode for the longer term beyond Covid-19 and want to adopt a system that can see us through this evolution. 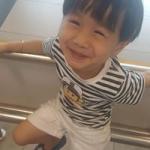 My company uses Microsoft Teams. Works well for us
Top

Thanks Gerald - appreciate if you can share more how you use it. Any integration with SIP trunk? How's the collaboration? I understand that the call routing is limited as it Skype Business edition.
Top

If you want call/cloud PBX integration, you won't want to be messing with Teams. I've been implementing a new video conferencing system and upgrading our cloud PBX services, and at first, I thought that Teams was the logical solution. 40 person shop.

After all, it comes "free" with Office 365 Business Premium editions. But, there are so many problems with Teams as a collaborating tool, we decided not to use it.

First, using it as a video conferencing solution, we have time and again been plagued with video jitter and dropouts, audio dropouts, unsync'ed video and audio. Saving and retrieving presentations is complicated.

And Teams itself is kind of an arbitrary pain in the ass. For example, you start a chat. There's two of you. You want to add a third person. You can't do that because Teams has decided two person chats are "private". They call this a security feature. There are tons of irritating, pain in the ass, features in Teams.

So, you want to add PBX and phone services, is that right? Besides the fact that MS tech support in this arena is a complete bunch of cretins, it is also quite expensive, especially compared to other available services. I've forgotten half the steps you must go through but I guarantee you if you decide to go down this road, you'll wonder how MS came up with such an idiotic approach to integrating Teams with VOIP service.

I've looked at quite a few different video conferencing vendors (and a handful of cloud PBX vendors), including, Zoom, GoToMeeting, BlueJeans, Cisco WebEx, Jive, and Ring Central. If money is no object (and it probably wouldn't be for an office of up to 10 or so), then Ring Central would work, with integrated facilities. But, it's expensive.

I ultimately came down to Zoom or GoToMeeting as the video conferencing solution of choice, based on cost, reliability, and ease of use. I would have preferred to go with Zoom but the GoToMeeting pricing was too good to pass up.

Now, Zoom started out as a video conferencing solution. They realized that the softphone/cloud PBX/VOIP market lay before them and have been offering an integrated solution. So, you get a phone number, fairly robust PBX, and video calling, all integrated in a softphone and your own transferable DID phone numbers. The room conferencing software is good. Zoom call reliability is said to be excellent. The only downside is that they have a lack of experience in the PBX world. OTOH, they've got tons on ethernet pipe for video calls so audio should be a piece of cake.

GoToMeeting has a different history. It was an independent company until a few years ago, when it was bought by LogMeIn, a company in the business of collaboration software. Then, a couple of years ago, they also bought Jive Communications, a well known cloud PBX provider. They have integrated Jive and GoToMeeting for a complete solution.

Their integration has some holes in it, and at times can be confusing, especially if you are an administrator. But, on the whole, it works well, and can be integrated with Outlook, offers your own permanent video links, etc. We have had no issues using GoToMeeting with respect to video and audio quality. Recording is super easy. The phones work well and there are lots of programming options. The PBX is very fully configured. GoToMeeting room conferencing software leaves a lot to be desired, though.

GoToMeeting/Jive offered us an extremely competitive pricing for bundled services... only about 3 dollars per month more per employee than my current PBX pricing, so it was sort of a no brainer, at least for management. As the IT person, I'd have preferred Zoom for several reasons but you really won't go wrong with either of them.
Top

Now that's a quality post. Very informative, thanks for taking the time.
I not troll/wacko/spammer.
Me no expat. Me foreigner.
Top

I have learnt the same from a friend in UK. Apparently they interface Team with Wildix to leverage on Wildix's phone system, which, in his words, one of the better quality Cloud PBX in the market currently.

He advised against Team unless it is for their process workflow - definitely not for the phone system.

Does Zoom or GoToMeeting require add-ons to provide full dialplan call routing? I understand Zoom requires that but not sure about GoToMeeting. Used them both. Great products.

Zoom cost adds up to deliver what we need. GoToMeeting, need to study a bit more. I get your reservation on the integration holes. Had the same issues when we used Cisco. Each part of the product works good by itself but as a system they don't work well together and had to manage to many legacy issues.

Any insight on Wildix? Found the local partner website https://fidelitytech.com.sg/WildixUC&C.html

They currently have a free unlimited license 6 mths trial.
Top

Can't help you with Wildex. My dialplan needs were/are rather modest so I didn't look with a lot of depth. Jive has a pretty comprehensive dial plan manager for their phones. Nobody, as far as I know, has implemented dial plan call routing for incoming video calls. I'm assuming you're not talking about MPLS call routing for directing calls around the world.

One thing I didn't like about Zoom pricing in their proposals was that instead of offering me discounted rates across the board, they offered full price subscriptions, then added on "free" subscriptions. This is silly. If I lose an employee, did I lose a free subscription or a paid subscription?
Top

Myasis, thanks. Indeed, most dialplan requirement for call routing are not too complex. I have spent sometime reading up on them and they can be really useful to cater for "call-center", support and sales calls. For video calls, perhaps some systems are different. In Wildix's case, I learnt that it can be routed like any VoIP calls and "escalated" to video call as needed.

Just got another option from another friend - Call2Team interfacing software. Apparently you can let Team ride on another UCC software to leverage the phone features. They also have option to interface directly with SIP trunk. Can share more if you are keen.
Top

I'll PM you the contact info for a really great resource when it comes to all things communications.

He's US based, don't know that he can help your local situation, but a wealth of knowledge in general.

Myasis, (love the nick), I noticed you mentioned Zoom in this thread. Don't know how true this is as I don't know anything about the program at all or if it's even available here, but.....

https://www.npr.org/sections/coronaviru ... -growth-in
SOME PEOPLE TRY TO TURN BACK THEIR ODOMETERS. NOT ME. I WANT PEOPLE TO KNOW WHY I LOOK THIS WAY. I'VE TRAVELED A LONG WAY, AND SOME OF THE ROADS WEREN'T PAVED. ~ Will Rogers
Top

Zoom, like other products, has made it easy to join meetings. This means that all you need is the meeting URL and you are in. In addition, people have their own permanent meeting URL's, rather than meeting ID's assigned randomly. Then, throw in the fact that the meeting host generally does not have to authorize someone to join a meeting.

Then you get Zoom bombing. As noted, I implemented GoToMeeting. The issues are the same. But, GoToMeeting has configuration panels to force meeting ID's, to force meeting participants to sit in the "waiting room" until permitted to join, etc. Zoom has the same thing, and I think all video conferencing companies have now set the defaults to more private meetings.

As for the encryption issues mentioned in the NPR article: Ya know... anything is possible... someone could climb to the top of your telephone pole in your neighborhood and start stealing your signals. But signal stealing between servers would be neither easy nor cheap. And they will probably encrypt more as a matter of marketing policy than anything else.
Top

Stay safe.
SOME PEOPLE TRY TO TURN BACK THEIR ODOMETERS. NOT ME. I WANT PEOPLE TO KNOW WHY I LOOK THIS WAY. I'VE TRAVELED A LONG WAY, AND SOME OF THE ROADS WEREN'T PAVED. ~ Will Rogers
Top

After reading more about Zoom, looks like they paid scant attention to security overall. For example, recorded meetings end up in the cloud, with very little provision to keeping the files secure.

You can still control meeting attendees and save/move your recordings but Zoom has really caught with its pants around its ankles on this one.
Top

Zoom is ok for non critical or confidential meetings (like a family webinar) but is specifically banned in my MNC. Skype for business is what we use and it's painful but doesn't have the security issues so far that Zoom does. Gotomeeting is another one you might want to try.
I not lawyer/teacher/CPA.
You've been arrested? Law Society of Singapore can provide referrals.
You want an International School job? School website or http://www.ISS.edu
Your rugrat needs a School? Avoid for profit schools
You need Tax advice? Ask a CPA
You ran away without doing NS? Shame on you!
Top