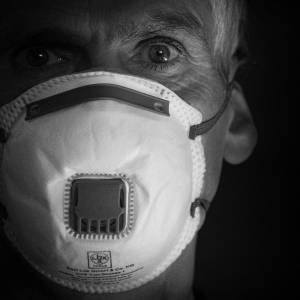 In early 2020, as a never-before-seen virus emerged from China, people all over the world observed the situation with growing alarm. Singular cases eventually developed into clusters, and all around the world, the numbers of those who had contracted the new coronavirus, COVID-19, began to rise.

In such a situation, people eventually grew familiar with the symptoms of COVID-19, as they started to look for ways to protect themselves and their loved ones. Though the situation dramatically worsened once the infections spiked as Europe became the new epicentre of the outbreak, many people in Singapore have become accustomed to the new norm and are confident about being able to deal with the health crisis. Their reactions to symptoms such as fever and coughing, have consequently become less panicked as well, making it less common these days to see people reacting with outright fear whenever someone in their vicinity coughs or sneezes.

However, fevers and coughs are not the sole symptoms of the COVID-19. In some cases, people who get infected don’t develop any symptoms. In others, two to fourteen days may pass before a person shows any symptoms after being exposed to COVID-19. The time taken will also vary from person to person. Considering that many of its symptoms are very similar to those of the common cold, which as its name suggests, is a relatively common affliction, it can be hard for people to tell when they have caught the COVID-19, a cold, or the flu.

The most commonly reported symptoms of COVID-19 are a fever and cough, while the next most common include headaches, body aches, and fatigue. Though some people suffering from COVID-19 have also reported feeling symptoms such as nasal congestion, sore throat, muscle aches, and vomiting, these symptoms tend to be rarer in comparison to those of people who have contracted flu. Thus far, the majority of the people who have contracted COVID-19 experience only mild symptoms and make a full recovery. In the more serious cases, COVID-19 sufferers will experience shortness of breath. Serious cases may lead to pneumonia, respiratory failure, and even septic shock. In general, patients with symptoms that are severe enough to land them in an intensive care unit (ICU), tend to be older and have pre-existing medical conditions such as high blood pressure, diabetes and heart disease.

According to many experts, the best way to protect oneself against the coronavirus is simply to practise good hygiene by washing one’s hands often and well. Apart from protecting one against COVID-19, washing one’s hands to remove germs can help to protect people from many other diseases. While that may sound simple, hand washing is often not done correctly or thoroughly enough. Washing one’s hands after using toilet facilities is especially important, as faeces contain germs such as salmonella, E.coli, and norovirus, and even trace amounts of faeces contain massive amounts of germs. When washing one’s hands with soap, the soap makes the skin slippery enough for germs to be rubbed off and rinsed away with water. An alcohol-based hand sanitiser works as well, as alcohol kills most bacteria. Another benefit of hand sanitiser is that the regrowth of bacteria on the hands will also be slowed.

Unfortunately, some people’s idea of hand washing involves washing their hands with water alone, and others don’t wash their hands as thoroughly as they should. According to the US Centers for Disease Control and Prevention, the hand washing process should last about 20 seconds. Hand washing should take place before preparing or eating food, and also after using the toilet, coming into contact with an animal or animal waste, and also after sneezing or coughing.

Apart from keeping our hands clean, it’s also important to avoid touching our nose, eyes, or mouth, as viruses can be transmitted that way since our hands can easily pick up viruses from touching contaminated surfaces. No one knows for sure how long the virus can remain on surfaces, as this depends heavily on multiple factors such as temperature, humidity, and the material of the surface. However, bearing in mind that coronaviruses tend to be very resilient, and that other coronaviruses such as SARS and MERS have shown an ability to remain on surfaces for up to nine day and even longer in cold climates, it would be best to simply avoid touching our face.

According to the World Health Organisation, a third prevention measure to avoid contracting COVID-19 is to stay at least one metre away from anyone who is coughing or sneezing. While coughing or sneezing, small liquid droplets are emitted. Staying at least one metre away from people can help one to avoid breathing in such droplets, which may contain the COVID-19 virus. Though larger droplets can lend on people and surfaces, smaller droplets can also linger in the air. As such, people who are coughing or sneezing, regardless of whether they have they caught a cold, the flu, or even the dreaded COVID-19, are advised to wear a mask to avoid spreading it to others.