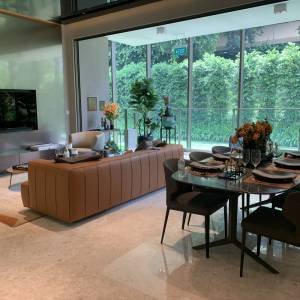 Over the past decade, the Singapore government has been employing a variety of ways in order to cool the property market. Such measures, often put in place for a time, and then removed in order to ensure the supply of housing units does not dry up, have long been a way for the government to manage the cost of housing in Singapore.

In 2018, in order to prevent private property prices from becoming increasingly unaffordable, the Singapore government introduced the twin measures of increasing the Additional Buyer’s Stamp Duty (ABSD) rates, as well as tightening the Loan-to-Value (LTV) limits across the board from the first to third loans taken out by individuals. These measures were thought to "cool the property market and keep price increases in line with economic fundamentals". For first time property buyers, the announcement of these measures may not have evoked concern, but for others, these measures were certainly enough to disrupt even the best-laid investment plans.

The ABSD, just like the Buyer’s Stamp Duty (BSD), is a form of taxation levied on property purchases. Unlike the latter which applies in the case of any property sale in Singapore, with rates rising in proportion to the purchase price or market value of the property, the ABSD liability depends mainly on the buyer’s citizenship status and the number of properties they own.

Singapore Citizens (SC) buying their first residential property do not need to pay the ABSD, while Singapore Permanent Residents (SPR) are required to pay the ABSD at a rate of 5%. For both groups, the cooling measures put in place in mid-2018 did not affect them as the rates remained fixed at 0 and 5% for both.

Other groups were not so lucky. Individuals had to pay 5% more across the board, but entities bore a much heavier load as they were taxed an additional 10%, paying an ABSD of 25% in total, for the purchase of any residential property. SCs purchasing their 3rd or subsequent property as well as SPRs buying their second or subsequent property in Singapore, were required to pay 15% ABSD and not 10%. Foreigners buying any residential property had to pay 20% ABSD and not 15%. While the increase of 5% may seem small at first, when calculated against the cost of a condominium apartment costing 1.5 million, that small percentage increase works out to an extra $75,000 in ABSD tax—a sum which has to be paid in cash.

A second cooling measure employed by the government in 2018 was the revision of the Loan-to-value (LTV) limit placed on housing loans. Irrespective of citizenship status, unless one’s pockets are extraordinarily deep, getting a housing loan from one of the financial institutions in Singapore is almost certainly a necessity. However, with the new cooling measure, LTV limits were reduced by 5% for all housing loans across the board. Before 2018, those taking their first housing loan were able to borrow up to 80% of the value of their home (or 60%, if they had obtained a loan tenure which was longer than 30 years or which extended past the borrower’s age of 65 years). After 2018, however, these people will only be able to obtain a loan of up to 75% or 55%. Having reduced the amount of money that people could borrow, the government ensured that the market did not get too ‘hot’ as people now had to pay more in cash.

Last but not least, a hike in the BSD for residential properties valued at over S$1 million could be considered the first cooling measure of 2018. However, the BSD hike’s impact on property demand was not strongly felt and was considered to be more of a means for the government to tax the wealthy and make the tax system more progressive, as properties valued under S$1 million were not affected. BSD rates for properties purchased on or after 20 February 2018, have remained at 1% for the first S$180,000, 2% for the next S$180,000, 3% for the next S$640,000, and 4% instead of 3% for the remaining amount.

Covid-19 will potentially destroy the property market here if we have major restrictions but conversely if Singapore becomes a safe haven because Covid-19 is under control compared to the rest of the world I can see prices going nuts.
I not lawyer/teacher/CPA.
You've been arrested? Law Society of Singapore can provide referrals.
You want an International School job? School website or http://www.ISS.edu
Your rugrat needs a School? Avoid for profit schools
You need Tax advice? Ask a CPA
You ran away without doing NS? Shame on you!
Top

I certainly do hope prices for some places will come down, average prices for resale condos are $1,500-$2,000 psf even (99 yrs) in urban locations. This is just insane..

And many showflat prices are from $1,600-$2,500. I am surprised so many have actually bought them at this price, most were almost sold out. With the current situation, maybe many people would have their deposits forfeited.
The secret of life is honesty and fair dealing. If you can fake that, you've got it made. - Groucho Marx (1890-1977)
Top
Post Reply
3 posts • Page 1 of 1