A sad but true story in Singapore.

Discuss about the latest news & interesting topics, real life experience or other out of topic discussions with locals & expatriates in Singapore.
Post Reply
2 posts • Page 1 of 1 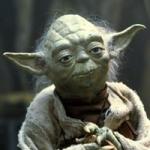 A sad but true story in Singapore.

Posting for a friend of friend. A sad but true story in Singapore.

If anyone knows lawyers etc that can help on a pro bono or success basis please pm me and I'll be happy to connect. Feel free to share on FB, LinkedIn etc. Hope we can get his money and life back.

Aspie (name changed) has Aspergers Syndrome (high-functioning ASD) and has been struggling with severe PTSD for the last three years as a result of someone (who we'll call Person B) swindling him out of all of his money.

Person B persuaded him to loan a substantial amount of money to him with a promise and guarantee of a 2 month return along with other false promises.

The money was loaned as a sheer act of kindness by Aspie because he was told that Person B needed help with some overdue payments. Worse still was that Aspie brought in two industry-leading major clients - at his own expense of over $5k - in order to secure investment for Person B’s business, something that may not have happened without these clients.

Enticed with promises of commissions and a role once investment was secured, on success Person B told multiple lies (something people with Aspergers struggle with) and cut him out of all deals, leaving him with nothing but a very stressful situation to deal with.

To date, Aspie has received only a small fraction of what is owed in commissions and nothing back of the money loaned.

Furthermore, Aspie has been intimidated with threats of the money not being returned and a defamation lawsuit if he sought legal advice or pursued him or his accountant and colleagues.

Shockingly, after investment, Person B is now a Director of a subsidiary of a SGX listed company, and denies the money was ever loaned despite a lot of evidence showing it was and acknowledged. He has taken everything from Aspie, money, income, ability to earn a living (because of PTSD) and clients that led to his current success and position.

The sum owed is over US$100k but Aspie isn’t in a financial position to take Person B to court. He is reporting the matter to the police, but needs another option should he need it.
Top

Re: A sad but true story in Singapore.

I will bet fellow forum members a box of 3-ply face-masks that the above is itself a massive scam. Many red flags.
Top
Post Reply
2 posts • Page 1 of 1