Relocating, travelling or planning to make Singapore home? Discuss the criterias, passes or visa that is required.
Post Reply
5 posts • Page 1 of 1 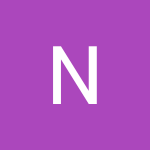 2. Since 15 February 2017, it was mandatory for all Notaries Public in Singapore to issue and sign a Notarial Certificate for each document attested or in connection with which they have exercised their powers or functions as notaries. Under the new legislation, all documents will have to be authenticated by the Singapore Academy of Law (SAL), a process that was previously optional.

3. It is understood that the Notaries Public (Amendment) Rules 2019 came about as a result of:
• an increase in fraud or forgeries of Notarial Certificates. There have been numerous instances whereby Notarial Certificates (including notarial stamps and seals), Singapore Academy of Law Certificates and even the Ministry of Foreign Affairs certification have been forged,
• the fact that there is no clear protocol to legalise Singapore document overseas, and
• confusion among the general public and even among Singapore’s overseas missions as to the proper legalisation process of a document in Singapore.

As a result, SAL decided, after consultation with after consulting with the Ministry of Foreign Affairs and Ministry of Law in Singapore, to standardise the format of notarisation and authentication process in Singapore. Many features of this new authentication process has been taken from Hague Convention Countries, such as the United Kingdom and Australia.

From 1 October 2019, all notarial certificates have to be prepared online using the e-Register, it would consist of a QR code, which when presented to the SAL, the SAL would be able to scan and ensure that it is properly notarised. The SAL will then place an authentication sticker and paste it behind the Notarial Certificate and it would ensure that the document is properly authenticated.

All properly notarised documents will be authenticated by the SAL immediately and there is no need for any additional waiting time for authentication in future.

This new authentication charge by SAL will be $85.60 for each document and it would be collected by Notaries Public on behalf of SAL. Therefore, no additional fees will be incurred when the document is presented to SAL.

SAL guidelines require that payment for all notarial services be made upfront for both notarisation fee and authentication fee before the transaction can proceed. A Singapore Academy of Law notice will be disseminated to all Notaries Public in relation to the changes and these requirements.

What this means for you?

1. Notarial Fees remain the same for all notarial services conducted by Notaries Public.
2. All notarial acts remain the same as before. Based on SAL guidelines, certified true copies of documents can be combined into one Notarial Certificate so long as the certification of true copies were done at the same time, and they are being submitted to the same party. All other notarial acts, including attestation of documents, require separate Notarial Certificates to be issued. This will be strictly enforced by all Notaries in Singapore as all Notarial Certificates will have to be submitted to the SAL.
3. Overall Fees will increase as it is now mandatory for all Notarial Certificates to be authenticated. Each Notarial Certificate issued will cost $160.60 (of which $85.60 will be paid to the SAL).
4. All Notarial Certificates have to be presented to SAL for authentication before it is valid under the Notaries Public Rules. Clients have no due date to present the document to SAL for authentication and can do it anytime after the document has been notarised.
5. All notarised documents can be tracked online at https://legalisation.sal.sg using the QR Code, SAL Authentication Code and a SAL reference code.
Last edited by sundaymorningstaple on Tue, 01 Oct 2019 4:37 pm, edited 3 times in total.
Reason: Removed the deliberate advertising as the link goes to the OP's Legal Firm where the document has contacts etc, to his firm done as a public service announcement. Even his IP address is a very close approximation to the Singapore Law Society.
Top

Unfortunately, for the notaries in Singapore, the extra charges are actually wholly payable to the Singapore Academy of Law.
Top

NotaryPublic|CommissionerforOaths wrote: ↑
Tue, 01 Oct 2019 11:54 am
Unfortunately, for the notaries in Singapore, the extra charges are actually wholly payable to the Singapore Academy of Law.

Indeed... the Singapore Academy of Law has found a foolproof way to fatten its coffers. It's a quasi-governmental agency (and probably that only because of extensive lobbying) that now forces citizenry to pay its fees for a service whose need is questionable.
.

NotaryPublic|CommissionerforOaths wrote: ↑
Tue, 01 Oct 2019 11:54 am
Unfortunately, for the notaries in Singapore, the extra charges are actually wholly payable to the Singapore Academy of Law.

Indeed... the Singapore Academy of Law has found a foolproof way to fatten its coffers. It's a quasi-governmental agency (and probably that only because of extensive lobbying) that now forces citizenry to pay its fees for a service whose need is questionable.

Similar to obtaining court transcripts. It's also a quasi profit taking group that basically just rubber stamps the request and loses/delays the actual delivery of the transcripts. "CrimsonLogic" is the name. Bunch of rude f.....g assholes running it too.

For notarisation I find it marginally cheaper to go down to the Aust High Comm but of course if it's for Singapore purposes that won't work.
I not lawyer/teacher/CPA.
You've been arrested? Law Society of Singapore can provide referrals.
You want an International School job? School website or http://www.ISS.edu
Your rugrat needs a School? Avoid for profit schools
You need Tax advice? Ask a CPA
You ran away without doing NS? Shame on you!
Top
Post Reply
5 posts • Page 1 of 1

Users browsing this forum: No registered users and 32 guests