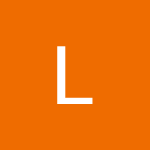 Are you and your spouse of the same ethnic/race/language capabilities? I only ask as I was a Yank and married a Singaporean Tamil woman but wanted Mandarin for our children's 2nd language. My wife's parents also lived with us. When my firstborn arrived, I spoke to her in English, my wife spoke to her in both English and Tamil and my MiL and FiL spoke to her in Tamil alone. When she started pre-kindergarten up through P6 she had a Chinese tutor (from the age of 3) and took Chinese as her 2nd Language throughout the local school system. She is totally fluent in English and Mandarin and understands Tamil but doesn't speak it but if you ask her the Tamil word for an English one she will tell you. Point them to a English school but do not neglect your mother tongue at home at the same time. And it's not to early to start immediately. I refused to let any of our relatives speak to the children in anything other that proper conversational English or Tamil from the day they were born (much to the chagrin of the relatives-no babytalk) and she started talking in sentences at 7.5 months. We did the same process with my son who is 5 years younger and he started talking a 8.5 months and when his former band did a 10 nation tour of China a couple years ago, he went over famously as he's more indian looking but could talk to the audience and rap with them like a homie. So, my advice is start them now with home schooling if you are fluent in English which I suspect your are, or pre-school with a English bias or get a tutor (which is the route I went - for their Mandarin) - I actually found a Beijing native here who was working as an IT programmer in the early days here (for the Sg Gov).
SOME PEOPLE TRY TO TURN BACK THEIR ODOMETERS. NOT ME. I WANT PEOPLE TO KNOW WHY I LOOK THIS WAY. I'VE TRAVELED A LONG WAY, AND SOME OF THE ROADS WEREN'T PAVED. ~ Will Rogers
Top
Post Reply
2 posts • Page 1 of 1