The High-Tech Healthcare of Singapore

The High-Tech Healthcare of Singapore 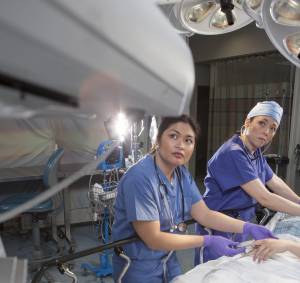 Singapore has earned its reputation as the most technologically advanced city in the world. It boasts impressive innovations in both private enterprises and in public infrastructure. In recent times, Singapore’s innovative urban farming efforts have drawn praise and attention and could become the model by which future cities organize their crop production.

One of the most common worries for American expats is health care access in distant parts of the world. Fortunately, Singapore has one of the most advanced healthcare systems in the world. Healthcare is free but patients can pay for additional services, such as their own private room. As you would expect from what is perhaps the most high-tech city in the world, Singapore has been at the center of many medical advances and continues to demonstrate its engineering and design prowess when it comes to producing medical technology.

Robots is a very broad term. When we hear the word, some of us envisage humanoid machines capable of the same complex behaviors and range of motion that humans have; others picture one of the robotic arms that are a common sight in the manufacturing of cars. Most robots are of the latter kind, although we are moving ever closer to producing artificial intelligence capable of higher thinking.

In the context of Singapore’s healthcare system, robots are being designed and deployed to assist with a lot of the most basic functions of patient care. For example, robots are being used to move samples through laboratories and in some cases analyzing results. Others are being designed to transport patients and assist them with getting in and out of bed. This makes Singapore an ideal location to study an NAACLS accredited medical laboratory scientist program. While Singapore hosts several good universities that offer medical training, this might be a daunting prospect for an expat who prefers a more familiar education system. The University of Cincinnati offers an online bachelor of science degree in medical laboratory science, and while studying you could approach nearby hospitals and universities about volunteer work to gain some experience.

Augmented reality combines concepts from virtual reality with the real world. Using specially designed glasses which either project an image or have screens for lenses, doctors could soon be able to look at a patient or their bed number and have that patients’ medical records appear in front of them. Augmented reality is still in its infancy, but it shows enormous promise and will soon combine the glasses with other wearable tech that allows the user to interact with virtual objects.

Singapore has been at the heart of the big data revolution for a variety of reasons, but largely because the government and population have been more willing than their Western counterparts to allow the large-scale collection of anonymized data. Because of this, Singaporean academics have produced a lot of important work on how to collect and analyze large data sets. This work has underpinned Singapore’s success with its healthcare system.

Singapore is a truly unique and wonderful place and is perhaps the best example on the planet of how our lives are becoming increasingly intertwined with machines. Healthcare in Singapore continues to be a place of innovation and breakthroughs, which benefit the entire world.