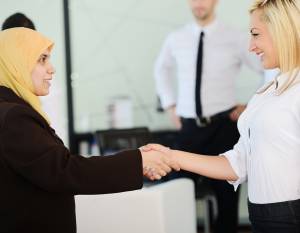 Culture and etiquette is one of the most important things to research before you move to a new country. What is considered polite and friendly in one culture can be highly offensive in another and the differences between American and Singaporean etiquette are a perfect example of why expats should do their research. Whether you’re picking up an US ESTA or getting the first flight to Singapore, here are some important differences you should keep in mind.

Because America is such a melting pot of cultures and religions, there are no widely accepted rules in terms of how one conducts oneself in public. As long as you are reasonably polite and remain conscious of other people’s personal space, you won’t be likely to encounter much in terms of conflict. However, in Singapore there are certain gestures or types of body language that you should be cautious of if you do not want to upset anyone. While in America it might be typically to pat a child on their head or ruffle their hair, this can be highly offensive in Singapore as the head is considered to be the home of the soul and is sacred as a consequence. In Singapore it is also considered rude to point at people or objects you are referring to or using your feet to indicate at something. While the head is sacred, the feet are considered to be the lowest part of the body and so drawing attention to them by resting them on chairs or crossing your legs so that the bottoms of your feet are visible is considered to be rude.

Both in Singapore and in America, business is taken seriously and there is a lot of evidence of western-style management in Singaporean organisations. However, there are still a few notable differences that you should definitely take not of if you want to ensure good relationships in your new workplace. In the business world of Singapore, manners, social hierarchy, and reputation still have a strong influence over the way things are run. So, the fast-paced, cut-throat style of business that you might see in the upper tiers of corporate America will not sit well with business men and women from Singapore.

While in America, disagreeing with a superior might sometimes be considered as indicative of ambition and a go-getter attitude, criticising a senior is never acceptable in Singapore. Doing so will result in both you and the superior losing face and may even jeopardise a work relationship. In a similar manner, in order to save face and avoid confrontation, Singaporeans will not always say what they mean. If you ask them to do something that they do want to do it is unlikely that they will outwardly say no. They may say something along the lines of ‘I’ll try’ and a ‘yes’ does not always mean that they agree. So, when working in Singapore, it is important that you follow suit and avoid offending your colleagues and superiors by being less blunt with negative responses to questions.

In America shaking hands is a very typical greeting and is performed between men and women as well as different cultures. Americans can be quite straightforward and informal in their style of conversation and the way they introduce themselves, but typically this is not due to them having any ill intent. Singaporeans, on the other hand, are generally quite modest and interacting with strangers requires you to be respectful. While greetings in America are generally quite informal outside of a corporate environment, there is still some strict protocol that influences greetings in Singapore and when interacting with different cultures within Singapore you may need to learn a new set of rules. In general, however, there exists a hierarchy in social settings according to age and any introductions should be made in order of oldest to youngest. Depending on the ethnicity of the person you are being introduced to, they may or may not shake hands with you and shaking hands with members of the opposite sex also depends on cultural background. Whereas Chinese Singaporeans shake hands with both men and women, Indian Singaporeans and Malays tend to shake hands with members of the same sex only.

Users browsing this forum: No registered users and 5 guests