Forum has become so quiet

I'm here, just not posting regularly enough because of work, also there are threads I'd like to reply to but can't be bothered to write a jr8/x9 style tl;dr post.
No offense to either, but I just don't get enough time these days.
To get there early is on time and showing up on time is late
Top

Raj, I, like you, still work for a living in a full time job which means trying to multitask and it's just not possible to surf at length to chase down stuff, and write long replies, a la ksl, rest his soul. Both JR8 and Strong Eagle have that leisure, to their credit (although I don't think SE likes it that way).
Top

I would like to appeal to all the regulars on this board to have more patience and tolerance and to have less aggression and sarcasm towards new members.

The mods should also try to edit and issue warning instead of outright delete and ban (except the obvious spammers).

sundaymorningstaple wrote:JR8 and Strong Eagle have that leisure, to their credit (although I don't think SE likes it that way).

Actually, I've been busier than a one armed paper hanger. I'm working a part time tech job for a great little company and I mentor at risk high school boys twice a week at Houston area high schools. I find myself posting less than I used to, and certainly, shorter posts... except maybe for the survey post

singapore eagle wrote:OK, I genuinely offer this in a constructive spirit...

Many of you regulars come across as very, shall we say, aggressive. This isn't always the case and there are some notable exceptions - e.g. JR8 and Strong Eagle (most of the time, anyway). I haven't posted very much since I joined, and in part this is because I remember one thread where I contributed some helpful information only to be accused of various different things.

It happens and I am afraid there is no really any good way to avoid it. This, especially that the number of spam posts is on the rise. If a member has just a few posts and recommends some products or services the likelihood that s(he) is a genuine poster is very low.


singapore eagle wrote:It becomes apparent quite quickly when you join that the board is frequented mainly by older males whose first language is English. It's perhaps not a surprise that this leads to less traffic than you might expect from a Singapore Expats Forum.

I believe this is not true (predominantly the older aggressive males) but I actually see the problem of similar origin. For me this forum was always some sort of phenomenon. The group of people it seems to target are busy professionals. Such people do not frequent such places because they are ... hmmm... busy. Even more busy as the expats. Trailing spouses could, but IMHO by the social type (as of the average) their preference is FB. This forum had some critical mass of regulars present in the past few years but IMHO the healthy margin was always pretty narrow. We lost some good, actively posting regulars in relatively short time, last year or so. BillyBoy, Nutnut, beppi, Zzm (not exhaustive list), even Nak as the examples. They are still sort of around but not posting that frequently. IMHO the critical mass is no longer here.
Top

As potentially one of those aggressive types, though IRL quite the contrary, there is the case for when new posters are posing as something they are not, and some are more evident than others.

I tend to take a hard line against these but of course there are those cases when the poster is genuine. When they are not they are fair game.

Zzm is back, X, though perhaps traveling too much to post often.
Ape Shall Not Kill Ape.
Top

Zzm used to post more often when he wasn't here

I tried to look up for EP statistics for the recent past. Rents are definitely down. Does it mean there are fewer EP holders in Singapore now compared to the past?

We do have a lot of western expats still asking questions about cost of living, where to stay etc. But its been quite while since Indians asked that question or new Indian PR aspirants asking those questions. Definitely there has been a significant change in the mix of the type of EP holders these days.
Top

Agreed Brah, at times I can have a bit of a short-fuse with newbies who on day1 start posting out links. Or at least I treat them warily.

@WD, I'm subscribed to an e-mail newsletter from FPDSavills (UK based, but very much global). Their research is insightful, impartial, and free

Here's the page for SG residential renting. -> http://www.savills.com.sg/research/resi ... earch.aspx Rents are definitely dropping, but looking at the pogrom on FTs, is it any wonder...

I think what we're seeing is an intentional raising of the bar for employment here. This means less 'mid-level' FT coming in, irrespective of their nationalities. I suppose that's the mass-market the government want to force open for local hires...
'Do it or do not do it: You will regret both' - Kierkegaard
Top

Brah wrote:Zzm is back, X, though perhaps traveling too much to post often.

Yes, I know he is back but clearly more busy. I think also BillyB is still in Singapore. And Sergiei busy too perhaps some different way or left already for HK. Myself, last two months pretty busy, tired and not posting that frequently. Some "fresher" regulars also left Singapore (e.g. Beeroclock).

This "wave" causes IMHO a second wave and we don't see other regulars posting that frequently (duiran, Scoobydoes, Hanniroo, taxico, PNGMK...) but they may have their own and different reasons.

On top of this there also seems limited "intake" of the new posters but frankly, I don't think it is very much related to the "aggressive" behaviour.
Top

In the 10 years I've been on this board, we've seen a cyclic refreshing of the core 3 or 4 times. I do think it's a cyclic thing just like autumn and spring. only the cycle is around 3 years.
Top

Brahs only aggressive if people don't like certain bands, I on the other hand cant be bothered with getting angry with stupid people who ask the most obvious question without having done the basic research on the internet and expect people here to spoon feed them.
To get there early is on time and showing up on time is late
Top

I can get defensive if people outright dismiss or belittle bands that are or have been important to me. I think that's only natural. I'm candid in my views of other's musical tastes, but ultimately such observations are simply one person's personal impressions - mostly worth toot to anyone else really.

But let's try and move beyond that eh.... tolerant, welcoming [zen calm]... damn, maybe we need a couple of 'Singapore Girls' [SIA] as a welcoming party at the door, tray of iced drinks, 'Welcome on board, sir, mam...' mmm

JR8, if I remember correctly, you, yourself, were a bit of a handful when you first came on the board 5 years ago. It took a little be of time before you found your way and frankly I'm glad you did, even though I think I lit into you once or twice in the beginning as well. The way we work here was/is different that other boards and most initially have a problem with that, but once they come around, don't really have a problem with it. I think everybody who stays on this board HAS to grow a bit thicker skin. But those who make it past the teething problems tends to become regulars (not necessarily one who posts every day but probably looks in at least weekly and lurks the balance of the time. You are an asset to the board today.

Occasionally the 'set' is missing in asset but we can live with that!

rajagainstthemachine wrote:Brahs only aggressive if people don't like certain bands, I on the other hand cant be bothered with getting angry with stupid people who ask the most obvious question without having done the basic research on the internet and expect people here to spoon feed them. 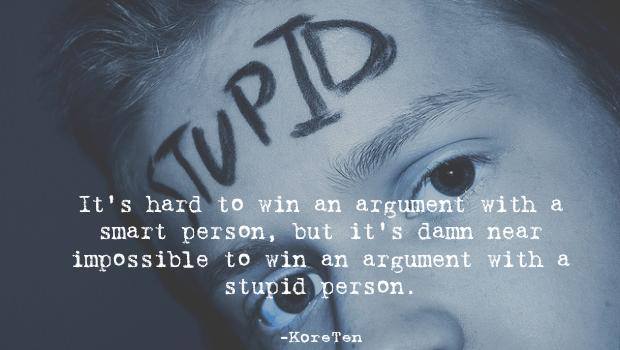 rajagainstthemachine wrote:Brahs only aggressive if people don't like certain bands, I on the other hand cant be bothered with getting angry with stupid people who ask the most obvious question without having done the basic research on the internet and expect people here to spoon feed them.

Raj I really don't think so and I don't care what others don't like unless the opinion comes back as disparaging or inaccurate or stereotypical, if I can use a double-negative; if I was aggressive it was for a different reason.

Or were maybe you TTP. Either way not worth backtracking and opening it up again.


Return to “Staying, Living in Singapore”