Discuss about any latest news or current affairs in Singapore or globally. Please DO NOT copy and paste news articles from other sources without written permission.
Post Reply
12 posts • Page 1 of 1

I will remember this night, reading you left this world, you're 'gone'. Feels like a loss, strange, since I do not follow your whereabouts so much, neither Singapore's whereabouts. But even though I find you were a stubborn, sometimes arrogant man, no doubt you were a true visionaire, a leader, inspiring and intriguing. May you find peace and rest, Lee Kuan Yew. I am sure Nelson Mandela will shake hands, once you arrive up there at the gate of heaven.
Top

From the PM's Office:
Mr Lee Kuan Yew had passed away peacefully today at 3.18 am.

Prime Minister Lee Hsien Loong has declared a period of National Mourning from Mar 23 to 29 (Monday to Sunday).

As a mark of respect to the late Mr Lee Kuan Yew, the State flags on all Government buildings will be flown at half-mast from Monday to Sunday, the PMO added.

A private family wake will be held from Monday to Tuesday at Sri Temasek.

A State Funeral Service will be held at 2pm on Sunday at the University Cultural Centre, National University of Singapore, it added.

Condolence books and cards will be available in front of Istana by the Main Gate from Monday to Sunday, for those who wish to pen their tributes to the late Mr Lee. condolence books will also be opened at all Overseas Missions for overseas Singaporeans and friends.

The public can express their condolences and share their memories of the late Mr Lee at the official website, http://www.rememberingleekuanyew.sg" onclick="window.open(this.href);return false;.

R.I.P to the Founding Father Mr. Lee Kuan Yew. Due to his forceful standardization of converting all into English language medium schools, I benefited from learning the language, opening up opportunities in my life. Knowing the English language has also allow me to partake in this wonderful expat forum.

" As former President S R Nathan, who worked closely with Mr Lee in several roles in government over the years, recalled in an interview: "His first and only priority was the good of Singapore and its people... his mind never stopped working as he mulled over the issues, big and small, that confronted Singapore. "If he travelled anywhere, he was always asking if something he saw could be applied in Singapore. He would grill anyone he met for ideas that could be useful... he was totally preoccupied with our survival and prosperity." "

"Asked once if he would have done things differently if he could live life over, he replied with characteristic candour: "All I can say is, I did my best. This was the job I undertook, I did my best, and I could not have done more in the circumstances. What people think of it, I have to leave to them. It is of no great consequence. "What is of consequence is I did my best." "

I've lived a life that's full
I traveled each and every highway
And more, much more than this
I did it my way

I planned each charted course
Each careful step along the byway
And more, much more than this
I did it my way

Yes there were times I'm sure you knew
When I bit off more than I could chew
But through it all when there was doubt
I ate it up and spit it out, I faced it all
And I stood tall and did it my way

I've loved, I've laughed and cried
I've had my fill, my share of losing
And now as tears subside
I find it all so amusing

To think I did all that
And may I say not in a shy way
Oh no, oh no, not me
I did it my way

Yes it was my way
Top

Eric...Netherlands wrote:I will remember this night, reading you left this world, you're 'gone'. Feels like a loss, strange, since I do not follow your whereabouts so much, neither Singapore's whereabouts. But even though I find you were a stubborn, sometimes arrogant man, no doubt you were a true visionaire, a leader, inspiring and intriguing. May you find peace and rest, Lee Kuan Yew. I am sure Nelson Mandela will shake hands, once you arrive up there at the gate of heaven.

Like the phoenix rising from the ashes. Been a long time Eric......
SOME PEOPLE TRY TO TURN BACK THEIR ODOMETERS. NOT ME. I WANT PEOPLE TO KNOW WHY I LOOK THIS WAY. I'VE TRAVELED A LONG WAY, AND SOME OF THE ROADS WEREN'T PAVED. ~ Will Rogers
Top

Thousands are arriving at the Padang to pay their last respects to the late Mr Lee Kuan Yew. Despite the fact that it is 3:00am in the morning, crowds keep coming in. 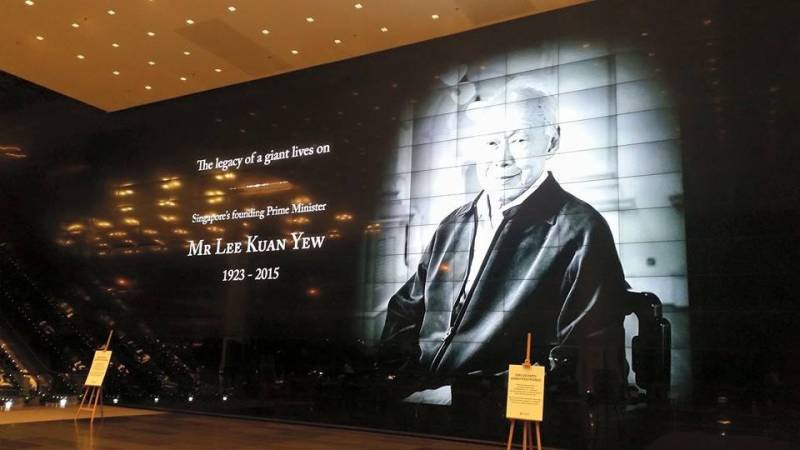 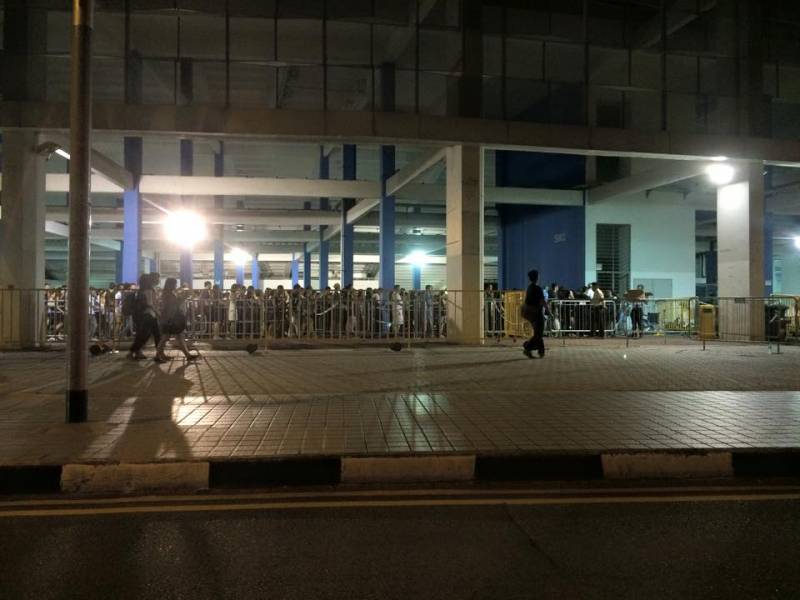 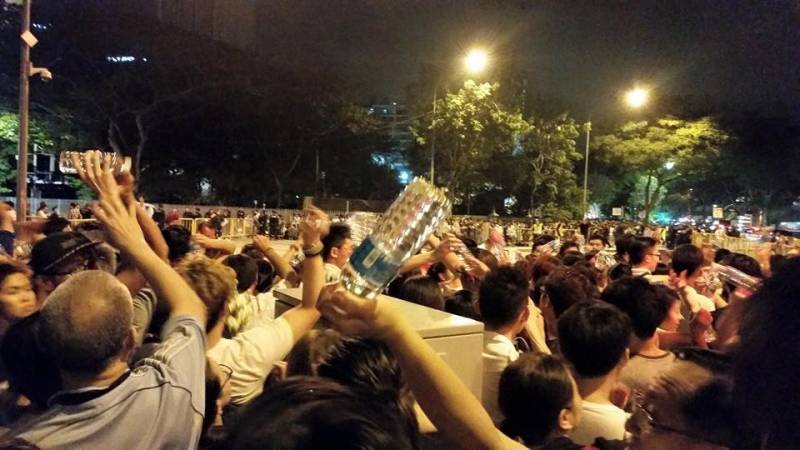 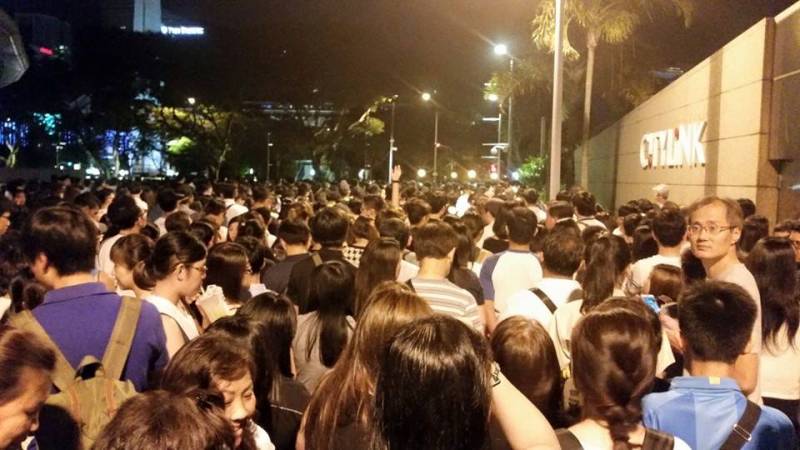 At the Parliament House 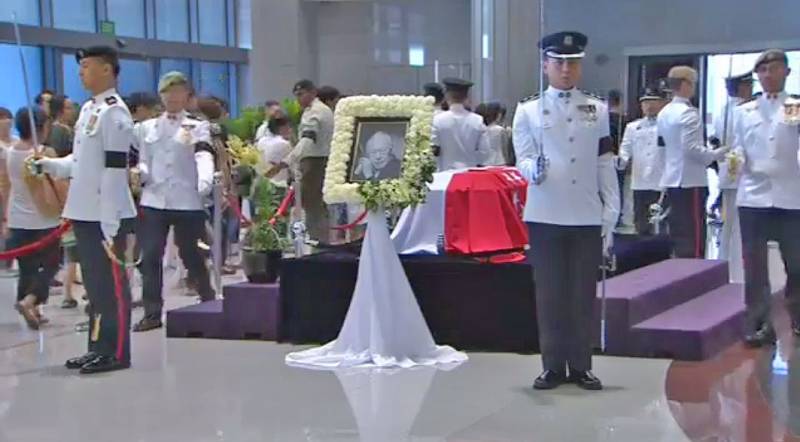 and the dust returns to the ground it came from, and the spirit returns to God who gave it. (‭Ecclesiastes‬ ‭12‬:‭7‬ NIV)
I not lawyer/teacher/CPA.
You've been arrested? Law Society of Singapore can provide referrals.
You want an International School job? School website or http://www.ISS.edu
Your rugrat needs a School? Avoid for profit schools
You need Tax advice? Ask a CPA
You ran away without doing NS? Shame on you!
Top
Post Reply
12 posts • Page 1 of 1