What are the odds on getting a lost wallet back here? Any positive experiences?

I just lost my wallet, schoolboy mistake, thought the pocket was closed but it wasn't sealed.

It had money, credit card, MRT card, ATM card, and my EP but nothing else to identify me, and no phone number.

It happened during a long walk, so could have been anywhere within about a 1km square area.

The cards are stopped, the wallet has sentimental value.

I wonder how proactive the police are if some kind soul turns it it.
Top

Had someone mail my wallet to me when I had lost it.
However, that was about 13 years ago.
Things may have changed since then.
Top

Good to hear. Was your address in your wallet?

With not other info except my name, they would have to make some effort to get it to me.

Even if they brought it to the police, not sure how they would find me.
Top

kjdoes wrote:Good to hear. Was your address in your wallet?

With not other info except my name, they would have to make some effort to get it to me.

Even if they brought it to the police, not sure how they would find me.

Make a police report - the police here run the lost and found and do ok at it. It anyone has found it, they should drop it off at the nearest NPP.
Top

I've heard of people keeping a found wallet, getting nicked and then getting into strife. Recently, if I remember correctly, this bloke was sentenced to 2 weeks jail time for exactly that, i.e. not returning a found wallet.

I found a wallet 2 months ago. It contained a couple of tenners, a few cards and, oddly, a scrap of paper with a cell phone number on it. When I called, the chap was elated and said he'd come collect it the day after.

I'd dropped it at our guard house the next morning and got a call from the guard that evening. Turned out the owner had left me a reward: a chocolate bar - sedap

I once found a wallet, with some money, cards and the owner's NRIC. I brought it to the next police post and gave them my name and address, so the owner could at least than me. No word from him ever came.
Some Singaporean colleagues told me never to do that again, because if anything were missing from the wallet, the owner and the police would accuse me of having stolen it.
From then onward I just placed found things in an exposed place, so the owner can easily find it if he searches there. But I never found anything of substantial value again.
Top

Max Headroom wrote:I've heard of people keeping a found wallet, getting nicked and then getting into strife. Recently, if I remember correctly, this bloke was sentenced to 2 weeks jail time for exactly that, i.e. not returning a found wallet.

I don’t believe that. It implies that failing to successfully return lost property to someone (you do not even know) is a criminal act. If so can someone name the Statute, say some 'Lost Property Act 19xx' ? Would you get jailed similarly for not returning a lost umbrella, or a lost $1 coin left in an NTUC shopping trolley? Now, if the said wallet contained bank-cards and the finder got up to some fraudulent hanky-hanky with those cards, well that’s a completely different matter.

beppi wrote:I once found a wallet, with some money, cards and the owner's NRIC. I brought it to the next police post and gave them my name and address, so the owner could at least than me. No word from him ever came. Some Singaporean colleagues told me never to do that again, because if anything were missing from the wallet, the owner and the police would accuse me of having stolen it.

Well there’s something called a Burden of Proof. How could the finder or the police ever prove that anything allegedly missing from the wallet was actually missing, or was taken by you? I appreciate that bank-cards remain the property of the bank, but re: the cash+wallet itself doesn’t ‘finders keepers’ come into play? The owner should be delighted to get anything back.

I’ve lost a wallet twice. Once it came back fully intact including cash, and the other time intact but minus the cash. A simple way to facilitate return is stick a business card, or equivalent, in there and write on it ‘This wallet belongs to ---->>>’ [arrow pointing at your name]. I believe most people proceed will goodwill and noble intentions, but making it easier for them doesn’t hurt*.


Once, walking back home from work through heavy snow (US) I noticed an envelope lying on a pile of snow on the side of the pavement. Somehow I felt compelled to pick it up, and I was stunned to find that it contained something like US$300 in cash

There was nothing marked on/in the envelope at all. What to do, it was a Friday pm and likely some cash-paid workers weekly pay, i.e. a damned site more significant to them than me? I decided to put an ad in the local paper under ‘Lost and Found’ [note: these are usually free of charge to place]. It read roughly ‘Sum of money found on sidewalk by junction of X/Y street on dd/month, describe sum and what it’s inside for it’s return’. I heard nothing, but felt I’d done my best, and so got to keep it with no feelings of guilt.


* Following similar logic when travelling with luggage. I have a template form I set-up in Excel. On it it reads:

[And below: Repeated 5 times down a page]

That is put somewhere preferably easy to access, or worst case on top of the contents of a locked bag. As each new journey occurs, you just cross out the previous journey details, and repeat the process going down the page. If you've ever arrived at destination without your luggage you'll know why such a simple thing is worthwhile!

For security reasons [there is no virtue in broadcasting that your home is potentially empty], some people might want to consider substituting their home address with say a work address.

This did save a holiday one time! Anyone who has gone on holiday and arrived without even a toothbrush or change of underwear will know what an overwhelming PITA it is. But going on say a dive-trip somewhere remote makes it much worse! Never mind the prospect of having to hire a full set of dive gear!

a thick wallet was left in the waiting area outside my work place some months ago. i printed out a notice and stuck it on one of the chairs for Mdm X to call. she called a day later (>24 hours) and reclaimed her wallet back by showing an alternative ID.

i could have dropped it off at the neighborhood police post but it would be a waste of both our time - if she had not reclaimed it i would have no choice but to go to the NPP. most people retrace their steps before heading to the police station, anyway...

in the past, i just dropped wallets i found in the mailbox. i can't remember who it was that said the postmen would make sure the police get it...
Aut viam ad caelum inveniam aut faciam
Top

Jeez...seems like yesterday was a bad day for wallets everywhere.

I carelessly left my wallet inside a taxi cab last night, just after I paid the guy. My credit cards, UOB debit/NETS card, SPass, Indonesian IC, my Indonesian SIM card...everything was there...

I thought I had put it nicely inside my pocket, as I took my change pouch to pay him the exact amount, but just 2 minutes later as I walked through ECP, I realized I was missing that particular wallet in the pocket!

I had only hailed the cab from Raffles City taxi stand, so I didn't even try to remember the plate number, nor even the taxi company. But I do recall it was a dark/maroon colored sedan.

I've lodged the lost & found to both SMRT and PrimeTaxi, but so far there's been no info...

Actually went to the nearest police station that night to lodge the report, but the officer said that, since it's only been gone for a couple of hours, and I've lodged a report to the taxi company, there's no need to waste everybody else's time and lodge a police report...

Well, now it's been more than 16 hours since i last had my wallet. I'm gonna lodge the report later to the police station near my place...

Anyone has any positive stories that can raise my hopes up about this?

UPDATE:
SMRT managed to track down which car had received payment for the amount I had paid last night by checking their system. Got the taxi driver's number, and contacted him directly. Just received my wallet back 30 minutes ago. Oh joy! Too bad all the cards are now all locked.
My thread...The Weekenders If you need my e-mail address, it's in the first post of the thread.
Top

Wonderful! Yeah I've done that, cancel all the cards, then get the wallet back a few hours later. Bummer. But still better than outright loss I suppose.

Now go and write a card/paper with 'This belongs to...' and put it in it right?

... And also, something I now and try and routinely do, almost on a daily basis, so it's long been second nature, do a 'wallet audit' before you go out.

I.e. before you go out take out from your wallet, or add it, what you will and won't need. For example tonight all I needed was cash, MRT card, and my POSB debit card for just in case. That would cover all expected and unexpected eventualities.

Make it a habit and it becomes 2nd nature, a 10 second job. MUCH better than carrying all you cards, needed or not, and losing the whole lot.
Top

i don't carry anything except a money clip + muji card holder containing: 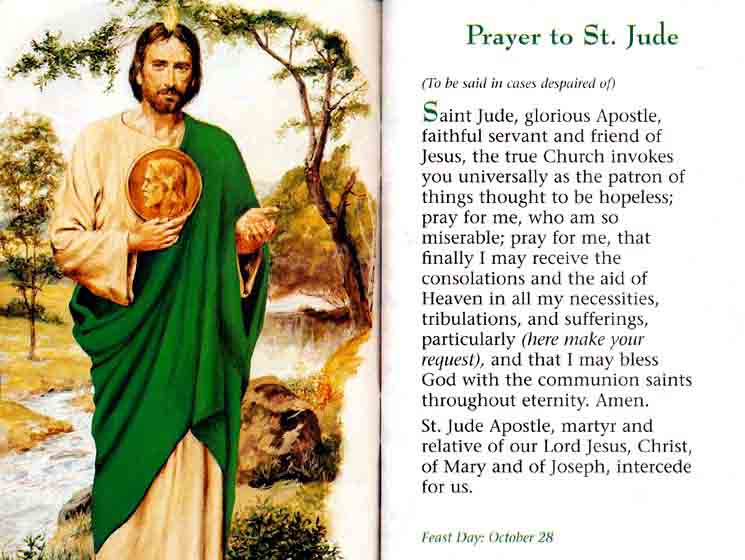 i just have to cancel 1 no fee CC and replace the other 3 cards which aren't expensive (relatively).

i throw all my coins in my pocket until i get to the car/bike/home.
Aut viam ad caelum inveniam aut faciam
Top

Left my wallet at the airport restaurant yesterday, I'm paranoid I do the 3 sec body tap every 3 mins , I went back there and I found it on the table it was untouched.
something's like this are amazing about singapore
To get there early is on time and showing up on time is late
Top

I always do that before I left the house...or when I get up from a chair after dinner...

My mind was somewhere else at the time of my loss

, I guess...that's why I found out about it only 2 minutes after I got out of the cab.
My thread...The Weekenders If you need my e-mail address, it's in the first post of the thread.
Top

rajagainstthemachine wrote:Left my wallet at the airport restaurant yesterday, I'm paranoid I do the 3 sec body tap every 3 mins , I went back there and I found it on the table it was untouched.
something's like this are amazing about singapore

Yeah indeed, like your table probably had about 5 facial-recognition CCTV cameras, and directional microphones aimed at it, hence no one was dumb enough to touch your wallet

Good for you though, what a relief.
Top
Post Reply
31 posts