rajagainstthemachine wrote:Sigh* thanks to the British the world thinks we only do curry and Nan's, poppadoms and nothing else.
to a typical Aussie/British person the idea of Indian food revolves around the following dishes
1. kebab or some sort
2. butter chicken, chicken madras,
3. lamb curries and their variants
4. nans, nans and nans
5. samosas, bhajis and the like
6. mango lassi
7. vindaloos of different kinds
8. dals

We have 29 states in India, each with its own unique cuisine, go explore people,don't listen to them curry mongers.

That list is still longer that what most people know: curry, nan, rice.
"A quokka is what would happen if there was an anime about kangaroos."
Top

bgd wrote:What about curry puffs? You do those?

hush! thats a bad word in these parts of the town boy, they'll send in a SWAT team to your place soon.
To get there early is on time and showing up on time is late
Top

nakatago wrote: That list is still longer that what most people know: curry, nan, rice.

things that infuriate me

1. ang moh having a day of the week for Indian
Me: hey dude, wanna go have a burger?
dude: nah sorry man, fridays are for Indian take away, at this point I turn into this 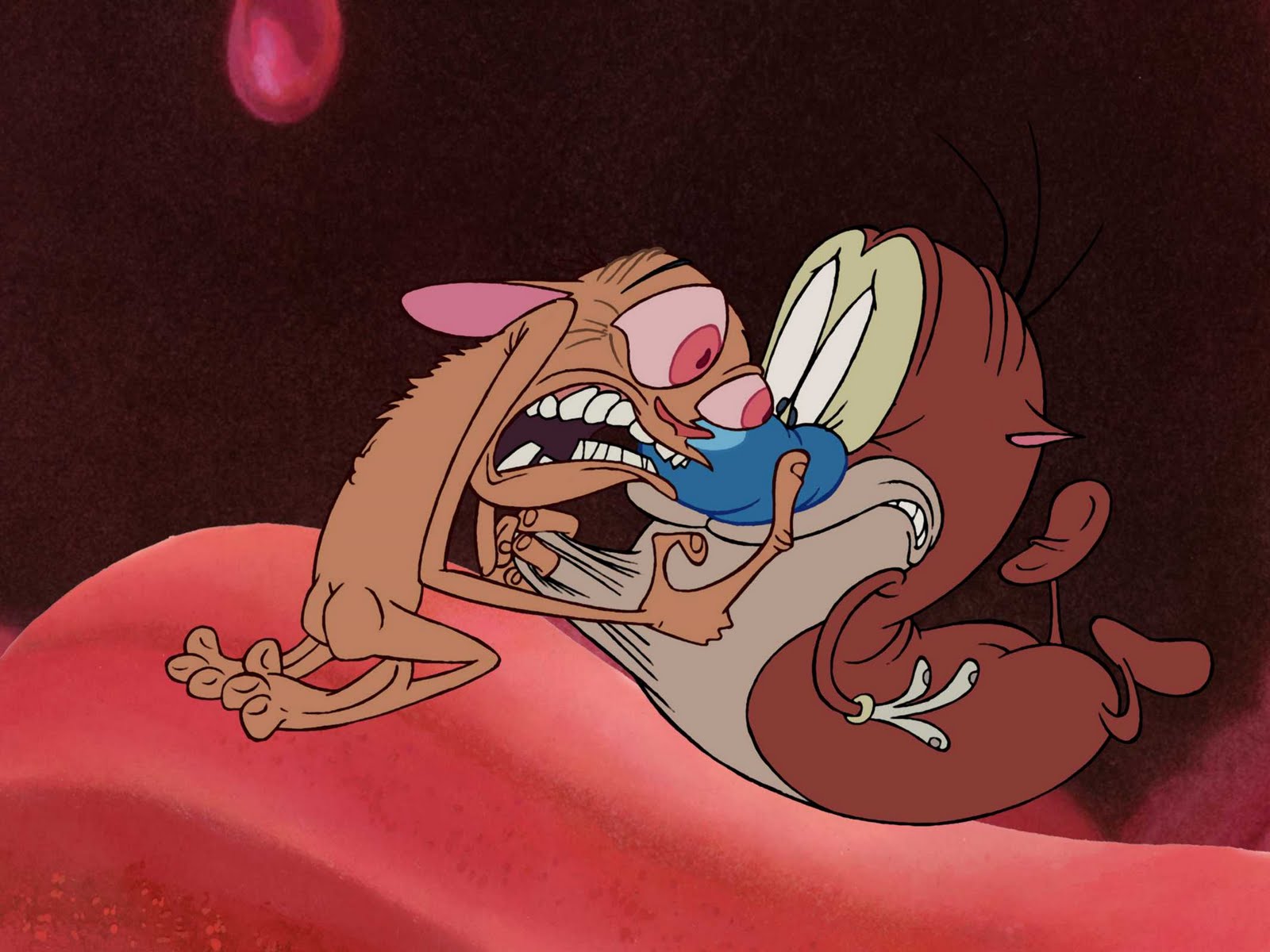 2. confused ang moh who can't decide what to get from an Indian take away

3. Happy ang moh who's gorging into this curry at a table near by,
me: you silly fool! i've never seen someone so happy with fools gold.
To get there early is on time and showing up on time is late
Top

rajagainstthemachine wrote: things that infuriate me

1. ang moh having a day of the week for Indian

Friday is for kebabs from the Greek place, silly.
"A quokka is what would happen if there was an anime about kangaroos."
Top

Re: RE: Re: Sundry humour

bgd wrote:What about curry puffs? You do those?

hush! thats a bad word in these parts of the town boy, they'll send in a SWAT team to your place soon.

The SWAT team is after the Foreign Curry Puff Syndicate .. trust me ..
Top

@RATM
What about the famous Sharwood's mango chutney, that must be one of India's most famous exports right? Then there's your famous Cobra Beer, the centre-piece of a good night out having an Indian [er... founded London and brewed in London and China!?]. And because you don't kill cows, you milk them to death instead, so every curry comes in a creamy sauce - I thought this was common knowledge

[More seriously] 'Ethnic cuisine' really only began arriving in the UK in say the 1960s, and it had to adapt/cater to a taste-palate that was completely unfamiliar with many of the ingredients. That is why you saw the evolution of Anglo-Indian cuisine; something that more than a tiny niche market might enjoy. Going out for such a meal remained a niche thing to do even when I was a student in the 80s. There are many people, the unadventurous, the parochial, the oldsters, who have never gone to an Indian restaurant, or indeed perhaps any 'ethnic' restaurant. I first got inducted re: Anglo-Indian food when I attended university in a city with a markedly high proportion of Sub-continental immigrants. Prior to that I don't think I had ever been to an Indian restaurant in the UK before.

Furthermore, the Sub-Con migration to the UK was not evenly derived across the Sub-Con states. So Anglo-Indian food is a reflection of the states where the most immigrants came from. And, a huge majority of Brits are not vegetarian, so the idea of going out for a veggie Indian is not appealing to most, yes, even before they've given it a try.

The same applies to other cuisines. With Italian it has to come with a thick sauce, 95% of the time tomato based. And you have to ladle on lots of parmesan cheese because that's authentic right? hehe...

In the UK Chinese food is perhaps more HK-based than mainland China. Chow mein and chop suey are the mainstays... I can't think why you can't get them in China

In the US they have their own Chinese dishes, things I'd never heard of until I lived there... example: the very popular 'General Tso's chicken'. In the US (IME) 'Indian food' is even further removed from the genuine article than the UK version... but with the same reasoning it's not hard to understand why. Ditto in mainland Europe for almost every kind of 'ethnic' food. Going for a 'curry' in Germany, France etc*20 is a truly alarming experience. Ironically Indian restaurants in Japan are *very* like Anglo-British ones (IME), there is huge cross-over between the two on the typical menu.

A further twist now is that many 'Indian' restaurants in the UK are run by Banglas. And many 'Chinese' restaurants are run by Vietnamese (cheaper labour). Aaaand many Vietnamese restaurants are run by Chinese and serve what if you have been to China and Vietnam, actually comes across as slightly 'exoticised' Cantonese cuisine. That is because VNese food is perceived as newer and more exotic, so people will pay a premium for it versus Chinese food.
Go to an American restaurant and it will be nachos, fried cheese, fajitas, burgers, fried chicken and ribs. And so on and so on. Ask a Brit what grits is, and 98% of the time he'll reply it's something spread on the roads, used for de-icing in winter, that damages his cars paintwork - hehehe.

The popular dish in the UK 'Singapore noodles' does not exist here. The closest likeness is perhaps seafood bee-hoon. Do you recall the Youtube vid of Bernie Ecclestone (F1 owner) being interviewed by SGn TV during the first F1 race here?
SGn: 'And have you had a chance to try any of our famous cuisine yet?
BE: Yes yes, of course, it's wonderful!
SGn: And which dishes have you tried?
BE[!]: Er.... er... well one of them was Singapore noodles.
[Busted!!

I'd love to see the menu of a well know British restaurant in India. Is it all fish and chips, sausages and pies, and puddings with custard?

1 - 'Falafels' - er which I've only had in Israel, and AFAIK that's their origin.
2 - 'Kabab Company' - Kababs perhaps being kebabs? Either way it's Turkish.
3 - 'Olde Baileys' - Ah, sounds promising, it being named after the famous London courthouse.
Customer review: - 'Had a chicken sandwich and cappuccino and nothing to complain about. Need to try the burgers next.' Ah, a chicken sandwich in a restaurant with an Italian coffee, and burgers are British too? [squint]
Customer review2: ' I love the pastas out der and also the chicken nachos' - lol!
... - 'Sun Moon & Potato'
Review: '“Your best bet for Italian food”
... 'Ruby's Bar and Grill'
Review: 'We ordered a cocktail and BBQ Chicken Skewers. Cocktail was good, however, the starters was horrible as the chicken was hard and we had tough time to eat. We ordered Alfresco Chicken for main course and what we got was got was large chicken pieces covered with mashed potatoes and a little of poorly grilled vegetables.'

Perhaps someone knows what the last dish is.... as I haven't the slightest idea! Grilled veg derives from the Mediterranean countries

I'm yet to drink cobra beer

what does that taste like? on a related note Kings beer from Goa is quite nice too mostly the north Indian curries are creamy, the south Indian ones are more coconut milk based, esp the ones from Kerala or coastal Karnataka. lol@cows being milked to death

The western palate needs to have some meat based dish as a standard part of ones lunch or dinner but i'd like to step in front of that guy who's about to order a butter chicken, stop *blows whistle*, can you please try umm say a chicken Xacuti if its on the menu and drink that with the aforesaid kings beer.
or a kerala beef fry or kokani seafood.

I've seen Myanmarese / Lao people sell thai food in Chiang Mai, chinese cooking up a dosa in shanghai
that actually was quite nice to see

on the topic of American chinese food? I woudn't even go there

'Scientists Confirm Link Between BMW Ownership And Being An A*shole'
http://www.galwaydailynews.com/2015/01/ ... p-asshole/
----------------------
'Changing lanes at the last second, being in the wrong lane on every roundabout, and, failing to indicate every damn time. Is this what you think of when you think of a BMW driver? Not to mention their complete inability to display other emotions than smugness. Well fear not your blatant sweeping generalisations are true.' [continues]
'Do it or do not do it: You will regret both' - Kierkegaard
Top

See! I weren't lying! And black BMW drivers are the worst of the lot.
SOME PEOPLE TRY TO TURN BACK THEIR ODOMETERS. NOT ME. I WANT PEOPLE TO KNOW WHY I LOOK THIS WAY. I'VE TRAVELED A LONG WAY, AND SOME OF THE ROADS WEREN'T PAVED. ~ Will Rogers
Top

a different kind of umbrella

http://9gag.com/tv/p/a9Jdva/umbrella-ha ... -a-new-des
To get there early is on time and showing up on time is late
Top

an eclectic bunch of vehicles here. From this truck, to a vintage VW Beetle > What I thought was a small vintage chevy (c66?) that was a Ford, > c70s chevy station-wagon with bench seats... Maybe time for me to get another old chevy

You know the difference between that Ford truck and a cactus?

With a cactus, the pricks are on the outside.

JR8 wrote:an eclectic bunch of vehicles here. From this truck, to a vintage VW Beetle > What I thought was a small vintage chevy (c66?) that was a Ford, > c70s chevy station-wagon with bench seats... Maybe time for me to get another old chevy

The Mankind Project - Changing the world one man at a time.
Top
Post Reply
349 posts